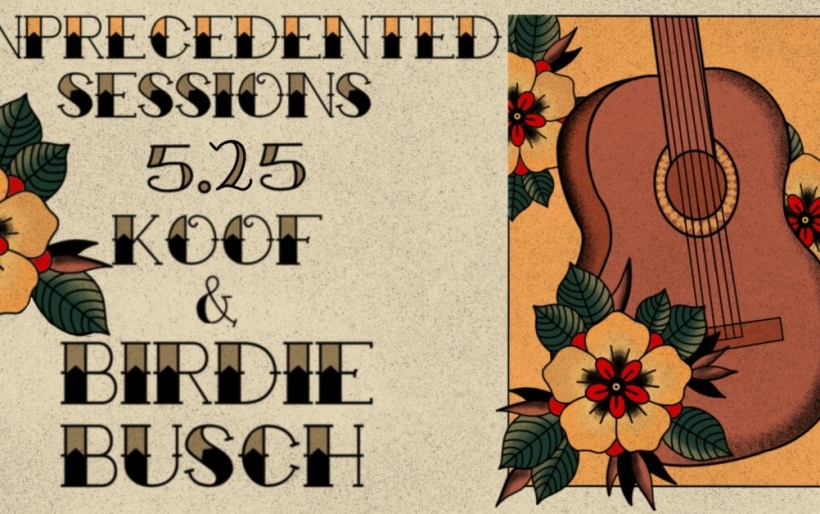 The folks at the Germantown artist-centered home Rigby Mansion kindly hosted us as we captured performances by KooF and Birdie Busch.

KooF is a trumpet player, composer, and experimental sound looper. For a long time, he was a player in ensembles like Wookiedelphia and West Philadelphia Orchestra. Self-isolated in 2020 during the COVID-19 pandemic, he released 20 home-recorded improvisatory projects. KooF is also a photographer and writer who contributes to The Key, and a videographer who produced Random Tea Sessions for many years, as well as occasional music videos for folks like Kate Faust and Interminable.

Birdie Busch is a Philly singer-songwriter with leanings in folk/pop and psychedelic rock who has been active for over 15 years. She’s released a half dozen albums — standouts being the amazing 2007 release Penny Arcade, and 2013’s Birdie Busch and the Greatest Night — and a variety of EPs and singles, as well as collabs across other artistic mediums. In addition to a series of singles in 2021 (with a new one on the way), Busch is currently working on a Mural Arts project in her neighborhood Germantown, where she’s very active in her community.

The performances were captured live at Rigby Mansion by WXPN and CVZ shooting video, and Power Cycle Productions running sound; it will broadcast via Facebook on Tuesday, May 25th at 6 p.m. ET. Listen to music from both artists below, and RSVP to the event on Facebook.