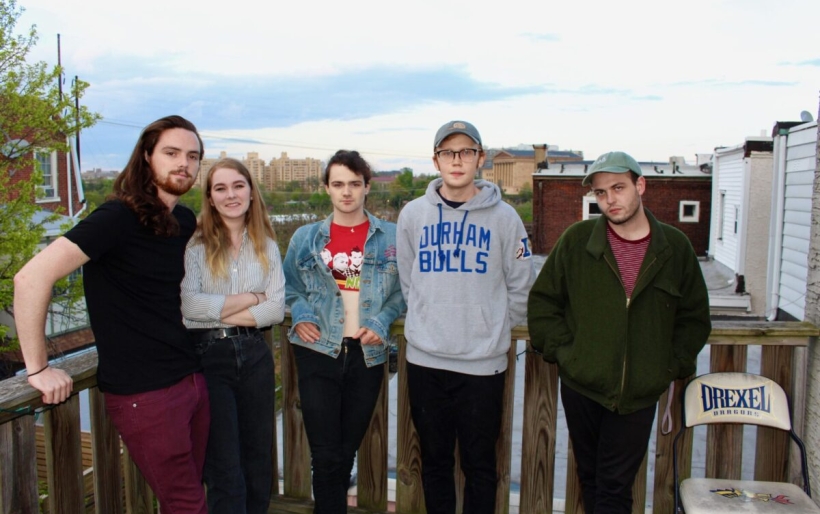 Another Hospital | photo by Adam Ikehara | courtesy of the artist

By about 30 seconds into Proof of Context it becomes clear that Another Hospital has something really incredible going on with their newest EP. By 40 minutes in you’ll realize that you’ve listened to the EP three consecutive times. Or maybe that’s just me.

Regardless of whether or not that’s your exact experience, one thing is certain: this EP is really cool. It’s some of the most sonically interesting music from the band to date, blending a psychedelic sound with indie/emo rock. There’s a haunting quality to Proof of Context, which is pushed even further by the hypnotic visualizer the band created to accompany the EP.

The whole things opens with a bang on “Try it Sometime.” There’s an unsteady push happening throughout, with a whole lot of syncopation in the melody and a driving rhythmic part throughout. It’s the kind of song that you get swept up in, and then it’s over before you know it. The off-kilter, swept-up vibe is carried into “Rotunda,” but things become significantly more psychedelic in this song, with dissonant tones and strange synths piercing through here and there.

“This is Normal” begins with a more gentle and acoustic sound than its predecessors, but by the end of the song it has descended into a harder sound. The final song of the EP, “Cycles,” feels like it’s folding over itself endlessly. Drum loops and ethereal, indistinct voices flow over each-other, creating a canon that’s somewhere between a Gregorian chant, avant-garde psychedelic rock, and the coolest thing you’ve ever heard.

Proof of Context is ultimately about the feeling of being caught in a loop of mundane, everyday life. The cyclical meaning of the album is reflected in the sound of the album, most obviously in “Cycles.” Of course, the concept of a loop is also fitting since you may well find yourself playing this EP over and over again.

Check out the visualizer for Proof of Context below and be sure to follow Another Hospital over on Facebook.