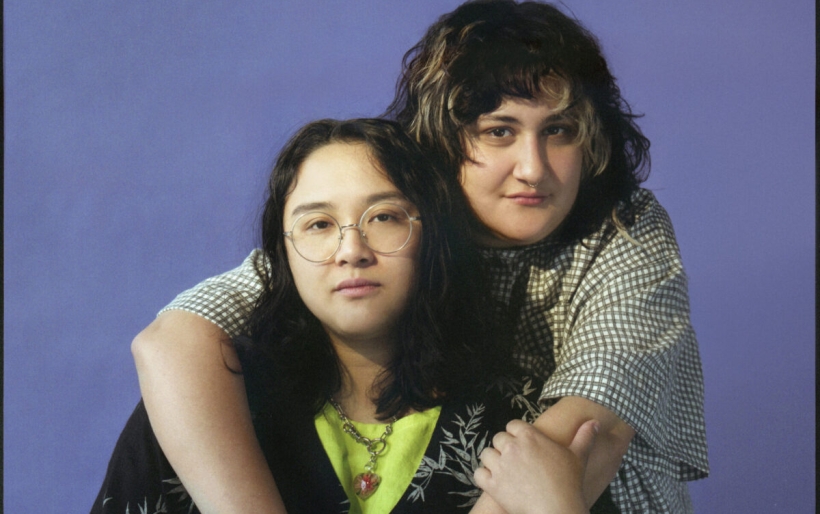 Bachelor | photo by Tonje Thilesen, courtesy of the artist

Lots of familiar faces and voices in this week’s batch of newly released albums. There aren’t too many friendships that result in an album as strong as Doomin’ Sun, but then again there aren’t too many friendships like Bachelor. Combining the talents of Jay Som’s Melina Duterte and Palehound’s Ellen Kempner, the album is a breezy and hook-filled delight. Cavalcade is the second full-length by adventurous British combo black midi, who hold nothing back on this dizzying set. An XPN fixture and queer icon for decades, k.d. lang collects some of her most celebrated late-’90s dance mixes on makeover. Toronto-based poet and spoken word artist Mustafa makes his full-length debut with When Smoke Rises, featuring Jamie xx, James Blake, and more. After a nearly 20 year break, Scottish pop purveyors Del Amitri return with Fatal Mistakes, their seventh album. Following the April release of Dinosaur Jr’s Sweep it into Space, the ever-prolific Lou Barlow presents his latest solo collection, Reason to Live. Bloc Party leader Kele‘s The Waves Pt. 1 is a self-produced, self-released solo effort in every sense of the word. Finally, Moby invites Jim James, Amythyst Kiah, Darligside, and more to re-imagine his catalog on Reprise. PRESS PLAY on these albums (and more) below…

Bachelor – Doomin’ Sun
WE LOVE: “Stay in the Car” “Anything at All” “Sick of Spiraling”

Mustafa – When Smoke Rises
WE LOVE: “The Hearse” “Ali”

Lou Barlow – Reason to Live
WE LOVE: “Over You” “Love Intervene”

Kele Okereke – The Waves Pt. 1
WE LOVE: “Smalltown Boy” “From a Place of Love”