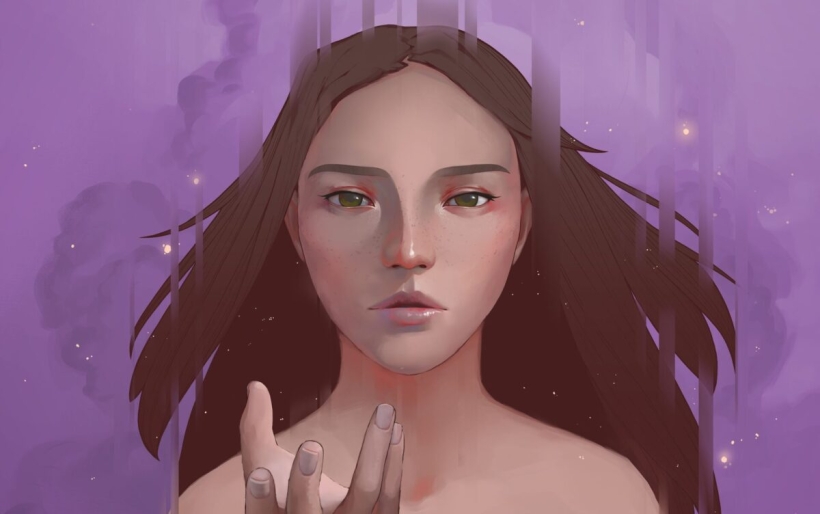 The Philadelphia-based band Lust Flower have released their debut album, Violet. The conceptual instrumental project is based out of Spice House Sound and is engineered and produced by the band’s synth player, Alex Santilli. Accompanied by bassist Jon Colman, drummer Ryan Berg, and guitarist Max Feeman, Lust Flower makes you feel like you’re lucid dreaming.

Blending synthesized and live music, Violet flirts with reality from another dimension. The soft fuzz and slight feedback of “Meditation I: Possibility” make it feel otherworldly. Still starstruck, “Lust” seems to hold the secrets of the galaxy in its slamming percussion. From the first two songs, Lust Flower makes it obvious to expect experimentation.

Featuring a sparkly synth and plenty of distortion, “FWB” is sheer space music. Tears at the Party” makes you feel like you’re melting. With sparse percussion and a watery bassline, it captures the guilty feeling of knowing you’re the only one not having a good time. Slinking and shimmering “Emily” and “Distance” epitomize the groovy ambient that ties the album together. The two tracks manage to sound like secret messages from a spacecraft. Building up to “Meditation II: Fulfillment,” it feels like by the end of the album, you’ve come full circle.

You can stream the whole album below, and purchase it on Lust Flower’s Bandcamp.