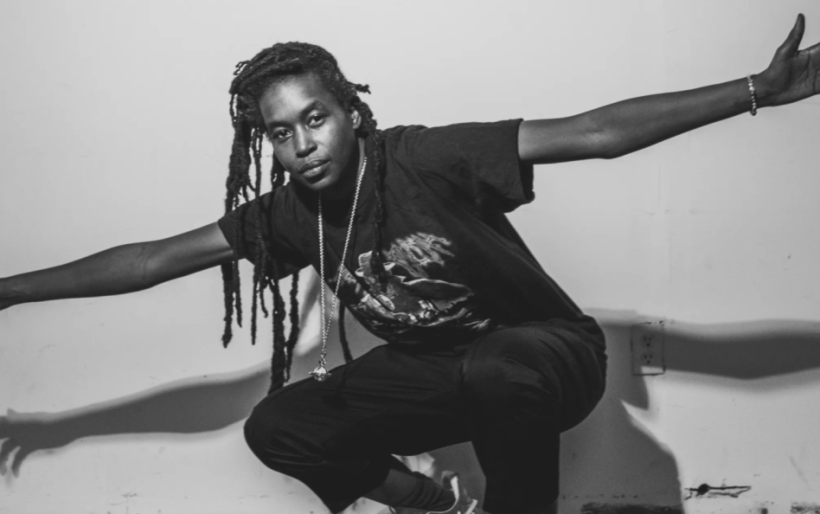 Multidisciplinary Philadelphia artist Moor Mother has found a new home for her music.

The project of poet / producer / sound artist / activist Camae Ayewa has joined the roster at Anti- Records, the label announced this morning. Though there is not news of a new album or project just yet, the announcement did come with a new track called “Zami” (the Zulu word for “My,” and a 1982 book by Audrey Lorde). Moor Mother made the song in collaboration with Madam Data, a fellow sound artist and producer with Philly ties.

The gripping “Zami” sets Moor Mother’s lyrics to slow, distorted beats and a trippy atmospheres; in a statement, Moor Mother says the song addresses a number of themes, inlcuding “Time and Space, injustice, racism, erasure of African identity”: “I couldn’t scream or shout, all I could do is stare / make my great escape, said I was never there. / Yeah, I’m being erased / and you don’t fucking care.”

She says the song looks at these issues through the lens of Black Quantum Futuruism, the art and activism collective (and artistic practice) she cofounded with Philly’s Rasheedah Phillips. “‘Zami’ speaks of agency and something beyond freedom,” Moor Mother says. “It speaks of another future. It speaks about connections free from the stains of colonialism. It speaks about the expansive temporalities of Afro Diasporan people around the world.”

Earlier this year, Ayewa and Phillips were awarded a Black Quantum Futuruism residency at CERN, the European Organization For Nuclear Research, where they’ll produce a new work after connecting with scientists in the world’s largest particle physics lab. Last year, Moor Mother released a massive volume of work, including several independent collaborations on Bandcamp, the acclaimed Brass album with New York rapper Billy Woods, the Circuit City album on longtime label Don Giovanni Records — a recording of her FringeArts production from 2019 — and the “Forever Industries” single for Sup Pop Records’ singles series.

This October, Moor Mother plays the sold-out opening night of Philly Music Fest; more information can be found at the festival’s website. Watch the “Zami” video, directed by Arash Akbari and shot by Bob Sweeney, below.