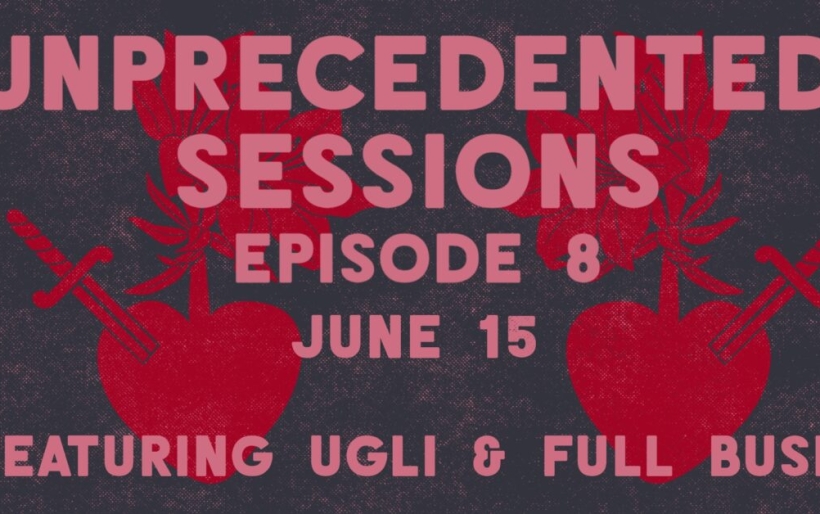 We paid an after-hours visit to Fishtown cafe Steap and Grind with two voluminous punk bands for Episode Eight of Unprecedented Sessions, the livestream collaboration between Cherry-Veen Zine, PowerCycle Productions, and WXPN.

The show airs via Facebook on June 15th at 6 p.m. and functions as a dual release party, with the hooky, grunge-inspired South Jersey four-piece UgLi getting ready to celebrate their debut album FUCK, which comes out Friday, June 18th. They share the bill with Philly’s Full Bush, the gritty garagey four-piece who also has a new project on the way: their latest EP, due this summer, with a new music video also dropping on the 18th.

Speaking of music videos, UgLi also released an imaginative new music video today for the album’s opening ripper “House Pet”; directed by Anthony Catanese, it savagely skewers the oppressive dreariness of suburban domesticity. Dylyn Durante takes the lead as she plays a 50s homemaker archetype being taken for granted and shoved aside by both her husband (drummer Teddy Paullin) and son (guitarist Andrew Iannarelli), who are demanding and ungrateful to say the least; the clip explodes in an act of cathartic revenge, and you can check it out below.

For more on UgLi, check out their Bandcamp page; Full Bush’s catalog can be found on Bandcamp as well. The performances were captured live at Steap and Grind by WXPN and CVZ shooting video, and Power Cycle Productions running sound; it will broadcast via Facebook on Tuesday, June 15th at 6 p.m. ET. More information can be found here.