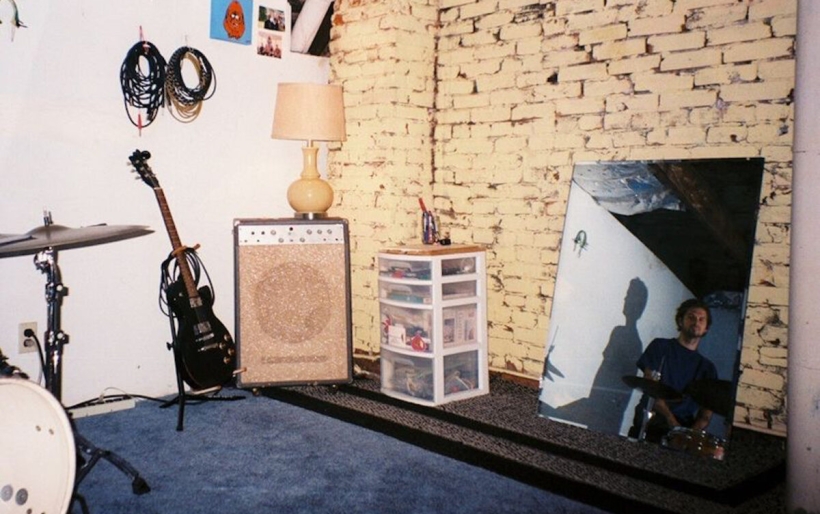 Ylayali is gorgeous and gauzy on his latest album Magic Eye

Ylayali is absolutely ethereal on his new album, Magic Eye, released via Sleeper Records. The project is the solo work of Philadelphia-based musician Francis Lyons, formerly of Free Cake For Every Creature. Magic Eye is his second release of 2021, both of which have a quiet sort of comfort that you can’t help but get completely swept up in.

From the first muffled drum hits of “Buttered Problems,” Magic Eye makes you feel like you’re melting. A blanket of sound wrapping you up the record possesses a Duster-esque softness. The muted vocals on “Read Yer Heart + Ride” are as gorgeous and gauzy as the soundscape he creates to compliment them. Fading in and out, he breaks up the fuzz with a static hum and twinkling bells.

The entire record feels like the build-up to falling in love with someone. Treading lightly at first on tracks like “Everything Grows,” there’s a moment when something snaps, and suddenly the whole world starts to glow. Impossible to get out of your head the gossamer guitars and ambient influence on “Capsule” radiate starry-eyed magic. Even when the album creeps into harsher territory like on “Duel,” it maintains its distance. It’s almost as if you are overhearing a muddled version of the song being played in another room.

Ending the ep with “Golden Hour,” the 8-minute track puts you in a trance. There’s something about Lyons’ fragile vocals and dulcet keys that makes time irrelevant. Falling into a lullaby kind of laze, it feels like the last seconds of consciousness before you fall asleep.

You can grab a copy of Magic Eye on tape here and stream it below.