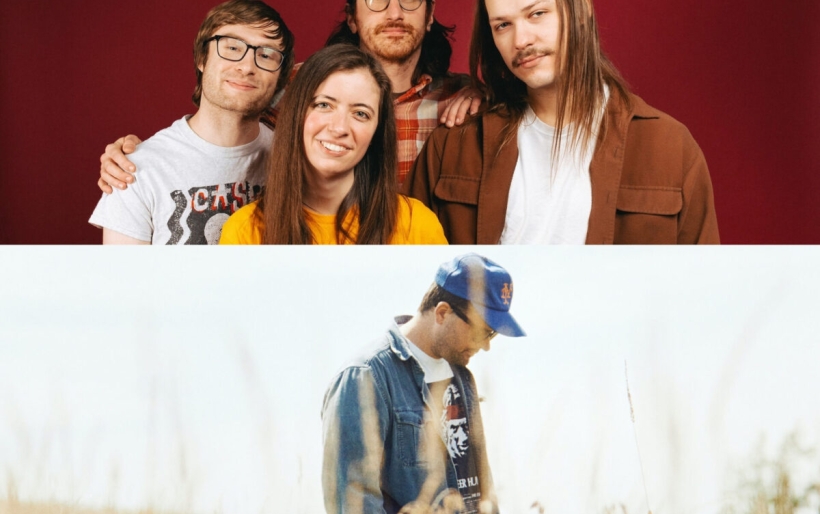 After almost 500 days, Ratboys are ready to hit the road once again. After what felt like a never-ending wait, they have announced a co-headlining tour with Wild Pink. The bands will be making a stop in Philly on September 15 to play at Johnny Brenda’s.

Even though Ratboys haven’t been able to play shows in person, they’ve been keeping busy over the last year and a half. During the pandemic, they launched a Virtual Tour Series on Twitch from their home base in Chicago. They also have raised over $13,000 for The Equal Justice Initiative and Girls Rock Chicago through a 24-hour Halloween Telethon.

In addition to all of that, to celebrate their tenth anniversary, the band released a reimagined version of their first EP, Happy Birthday, Ratboy. The original 5 track EP,  RATBOY, was recorded shortly after Julia Steiner and Dan Sagan met at their college orientation. Along with updating their dorm room recordings, the EP includes a new song called “Go Outside,” as well as mainstays from their live shows, including “The Stanza” and “Space Blows.” Touching on everything from high school, friendship, and super old cats, the EP simultaneously feels fresh and familiar.

For their part, Wild Pink has had a steady slow burn over the past few years; the New York City dreamy Americana / indie band caught The Key’s attention locally when they gigged with Restorations back in 2018, and their 2021 release A Billion Little Lights is breathtaking. The album features Ratboys’ Julia Steiner singing on “You Can Have It All,” plus local pedal steel player Mike “Slo-Mo” Brenner contributed to the album, and has joined the band on the road in the past; he’ll be on this current run as well.

Tickets for the show go on sale on June 11 at noon, more information can be found at the Johnny Brenda’s website. For now, you can stream Ratboys’ latest EP and Wild Pink’s latest album below.