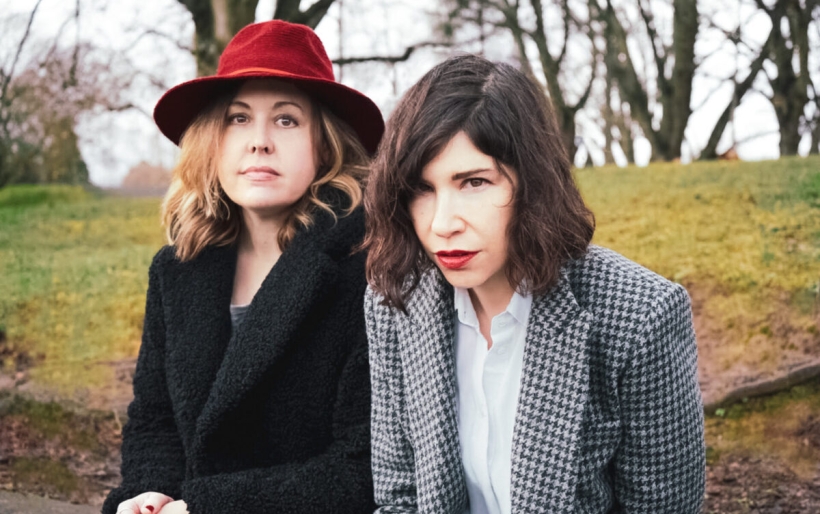 Familiar faces from around the globe gather today to offer to YOU their newest releases. Sleater-Kinney return with Path of Wellness, their third album since their 2014 reunion. Moreso than its polarizing predecessor, the self-produced album captures the duo’s signature intertwining guitars and urgent melodies. With A Few Stars Apart, Lukas Nelson continues his hot streak with Promise of the Real, delivering another sturdy set of countrified jangle. Sleater-Kinney aren’t the only ’90s icons with new music out this week; Garbage present No Gods No Masters, a heavy glam take on Shirley Manson and company’s classic sound. Philly mainstay Ali Awan‘s Moon Mode collects some of his most delectable recent singles, as well as new cosmic confections. Relentlessly prolific Australian combo King Gizzard and the Lizard Wizard make one of their boldest moves yet on Butterfly 3000: almost entirely abandoning their trusty guitars in favor of plush synthesizers. After an eight year break, Islands re-introduce themselves with Islomania, an exuberant collection driven by Nick Thorburn’s wry songwriting. Eleven years after their last release (and two decades on from their debut), Azure Ray‘s Remedy showcases the Omaha duo’s intricate arrangements. Big Mess is film music legend Danny Elfman‘s first solo collection of pop material in just shy of 40 years; fans of late-period Oingo Boingo in particular with thrill to these warped character studies. Finally, gloomy new wave revivalists Cold Cave offer a path to sonic salvation on Fate in Seven Lessons. PRESS PLAY on these new releases (and more) below…

Sleater-Kinney – Path of Wellness
WE LOVE: “Worry With You” “High in the Grass” “Method”

Lukas Nelson & Promise of the Real – A Few Stars Apart
WE LOVE: “Perennial Bloom (Back to You)” “Throwin’ Away Your Love” “Leave ’em Behind”

Garbage – No Gods No Masters
WE LOVE: “Wolves” “The Men Who Rule the World”

King Gizzard and the Lizard Wizard – Butterfly 3000
WE LOVE: (no advanced singles were released for this album! let’s listen together…)

Islands – Islomania
WE LOVE: “Set the Fairlight” “(We Like to) Do It with the Lights On”