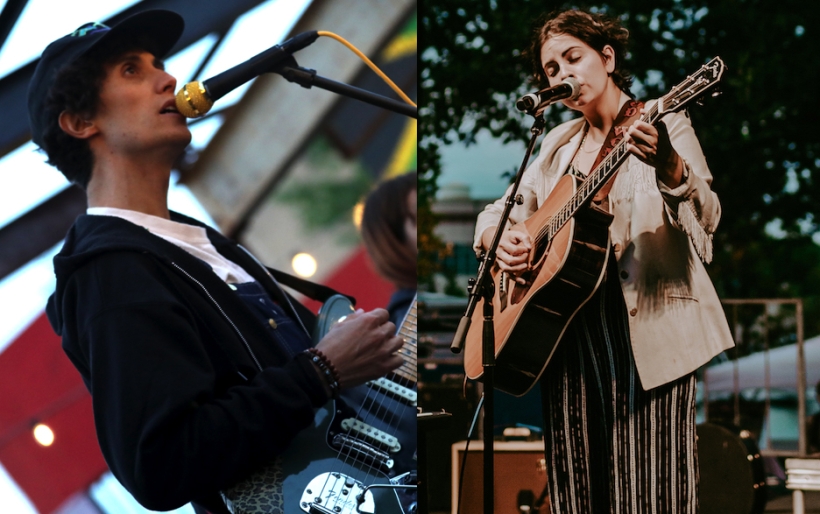 Against all odds, this summer has become something of a golden age for show announcements, the latest being Ron Gallo and Becca Mancari’s co-headlining tour this fall. With a string of dates that will take them through the United States, and will be supported by Chickpee (the project of Italian singer-songwriter Chiara D’Anzieri). The tour will kick off in Philadelphia on September 10 at the Foundry.

After three years of non-stop touring, Gallo found himself completely burnt out. Determined to take a break from music, he deleted all of his social media, dissolved his band, and took an indefinite hiatus to stay with his now-wife Chiara D’Anzieri while she waited for her visa. However, fate had other plans for him. Only a few weeks into his time in Italy, Gallo had to return to America due to immigration issues.

During his period of self-isolation, Gallo found himself returning to music and creating his latest album, PEACEMEAL. A sharp departure from his previous garage rock style, Gallo finds himself experimenting with a patchwork of genres. Covering as much ground as possible, he incorporates rock, hip-hop, R&B, pop, and jazz influences. The album also sees him embracing self-acceptance on synth-heavy “You Are Enough.”

More than proficient at genre-blending, Becca Mancari does so with unflinching honesty. After her Bermuda Triangle project with fellow Nashvillians Jesse Lafser and Alabama Shakes’ Brittany Howard introduced the singer-songwriter to a new audience around the country, she followed it up with a tour alongside Natalie Prass and a new record. Her latest album The Great Part sees Mancari interweave her journey of self-discovery into her folk-tinged indie.

Tickets for the tour will go on sale this Friday, June 18tg at noon, more information can be found here; consult The Fillmore’s website for the latest in COVID-19 health and safety regulations. Below, listen to recent music from both Gallo and Mancari, and check out their full schedule of tour dates.