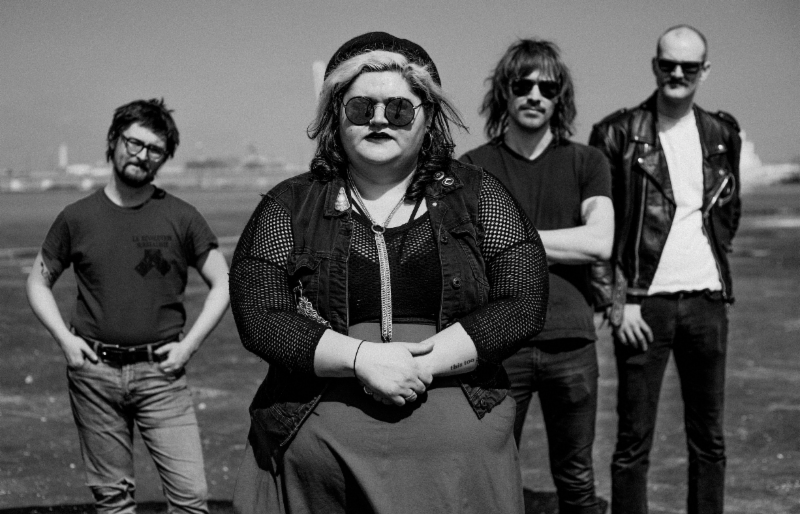 Sheer Mag | photo by Marie Lin | courtesy of the artist

Sheer Mag will headline PhilaMOCA for two nights this summer

Sheer Mag has announced back-to-back headlining shows at PhilaMOCA with support from a few fellow Philly punks. On August 27, they will share the stage with Dark Thoughts and Poison Ruïn. The following night TVO and Dridge open.

In their latest single, “Crushed Velvet,” released in January, the band proved still capable of crafting face-melting lo-fi. As retro and raspy as ever, Tina Halladay sinks her dagger vocals into a slick 70s riff. With a rallying cry of “don’t wanna just live to die,” she discusses destruction and back-doors to heaven. Featured on The Ultimate Playlist of Noise which is now streaming on Hulu, it also seems like a fitting soundtrack for sweaty mosh pits and crowd surfing.

“Crushed Velvet” is the band’s first release since their 2019 album A Distant Call. The album merges the personal and the political, touching on socialism, economic hardship, and the death of Halladay’s father. An eclectic mix of inspirations, some tracks have a psych-rock groove to them like “Silver Line” while others like “Chopping Block” have tunnel-vision intensity. The result is an album that will give you whiplash as it speeds between panic over the present and nostalgia that pulls them into the past.