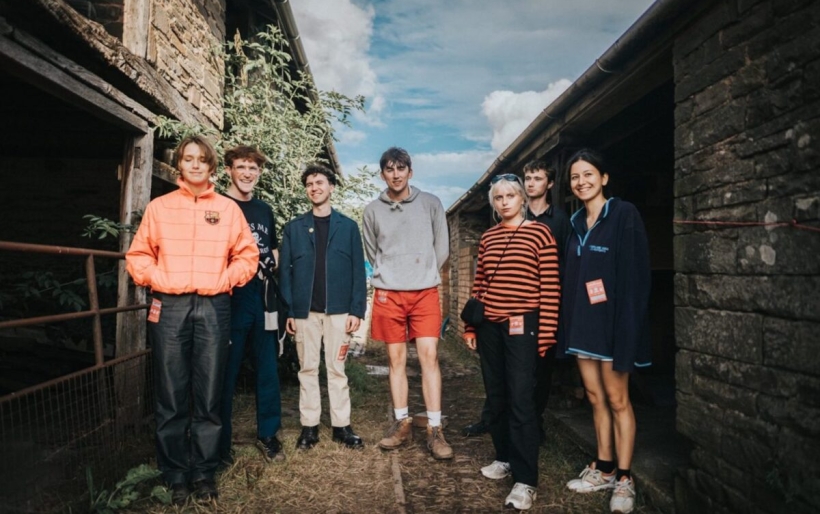 Black Country, New Road are crossing the pond for a few North American dates at the beginning of 2022. The English experimental rock band will be playing at Johnny Brenda’s on February 25.

The 7 piece band formed in London in 2019 and drew international attention when they dropped their debut For the first time earlier this year. It’s an album full of disillusionment, with lead singer Issac Woods contrasting innocence and experience. With references to the science fair and coming down in someone’s childhood bed, it covers the awkward transition into adulthood. Over jazz-influenced post-punk, Woods seems to lack direction yet insists, “I know where I’m going, it’s black country out there.”

The band recently released the version of “Track X” that Woods played under his old moniker, The Guest. Delicate but different from the dulcet violins of the full band version, it’s absolutely devastating. Woods’s gravelly voice seems like it’s about to break at any second as he contemplates suicide after going up to the 18th floor to grab his forgotten drink. Turning his lost love into something sacred, he references The Bible, sacrificial goats, and the place they slept together as kids. Heart-shattering thought of her hips, past homes, and his mom race through his head as he stands on the edge contemplating if he should jump. Sorrowfully playing despite his hands still shaking, even the iconic line about saying I love you in front of Black Midi doesn’t feel very funny.

Tickets for the Johnny Brenda’s show are on sale and can be purchased here. You can stream For the first time below.