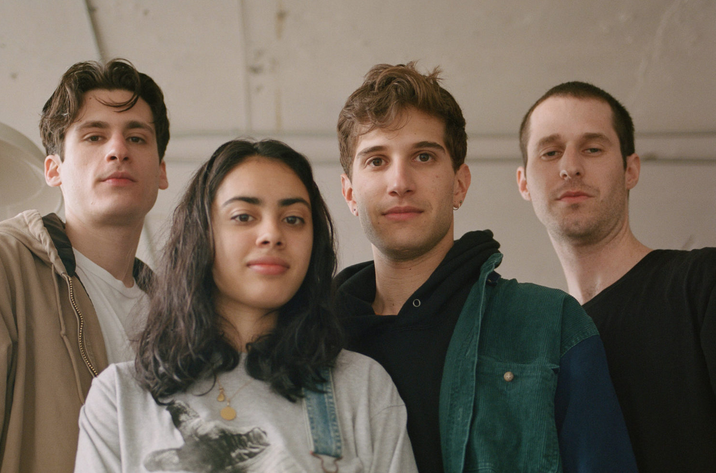 NYC psych-pop bandCrumb will return to Union Transfer on November 5 for the Ice Melt tour. After bringing a dream line-up along with them in 2019, which included Colombian/Chicago surrealist Divino Niño and the 70’s disco of Shormey, they’ve proven they know how to party. This time around, they will be joined by the mesmerizing songstress Dunedita.

Since the last time, Crumb graced the stage at Union Transfer a lot has changed. They have since released their sophomore album, Ice Melt. As chilled out as the title suggests, their icy indie has the same comfort as an oversize jacket. Lead singer Lila Ramani’s vocals lounge over the smooth-jazz-inspired riffs and synth-heavy hallucinations. Sounding like a stream of consciousness or a half-remembered dream, everything about the album feels hazy.

A slack-rock masterpiece, the first single “Trophy” tip-toes the line between a dead-beat mentality and a weed-induced anxiety attack. With faded vocals, she sounds exhausted as she repeats, “that’s just the way it goes.” Completely out of touch and indifferent, she seems almost uncomfortable with how far removed from reality she’s become.

Dunedita is a Queens-based artist who splits her time between New York and Berlin. Her latest single, “bio,” features gentle keys and a range that will give you whiplash. With a staccato rhythm, it brings to mind the constant stops and subtle swaying of the subway. Smoky and soulful the track dissolves into a deluge of drum machine beats and distortion.

You can purchase tickets for the show here and check out Crumb’s video for Trophy below.