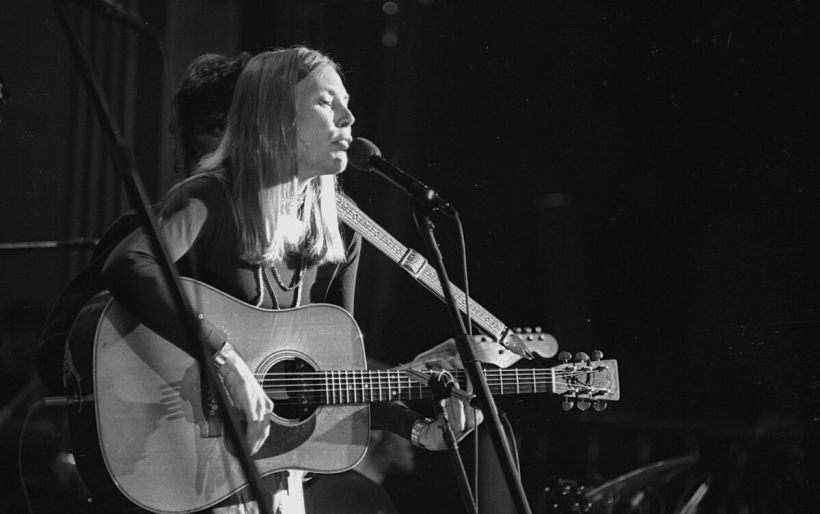 In honor of the anniversary of Joni Mitchell’s iconic album Blue, which came out 50 years ago on Tuesday, she has released Blue 50. A collection of previously unreleased demos and outtakes from the album, it finds Mitchell’s songwriting as lovelorn as ever.

The 5 song-EP includes demos of “A Case of You” and “California,” and alternate versions of “River” and “Urge for Going.” The EP also has the rarity “Hunter” on it, which Mitchell cut from the album at the last minute. While she has played it live, she has never released a studio version of the track.

Somehow even more heartbreaking than Blue, the intimate nature of the recordings allows you to feel the full weight of her emotions. Adding to the drama and despair of the track, “River” includes despondent french horns. Melancholic and mournful, “A Case Of You” brings you back to the blindsiding pain of your worst break-up. It almost feels like speaking to an old friend as she describes the all-consuming passion and unrelenting loneliness she’s plagued with.

In addition to Blue 50, Rhino Records announced that they will be releasing Joni Mitchell Archives Vol. 2: The Reprise Years (1968-1971) on October 29th. The album is the follow-up to a 2020 volume that included some of her early folk recordings. The compilation will be out in October and also includes a 1968 Ottawa coffee house performance recorded by Jimi Hendrix and a 1970 BBC concert featuring James Taylor

You can stream the full EP below via YouTube, or find it on most streaming services here.  Archives Vol. 2 is available for pre-order here.