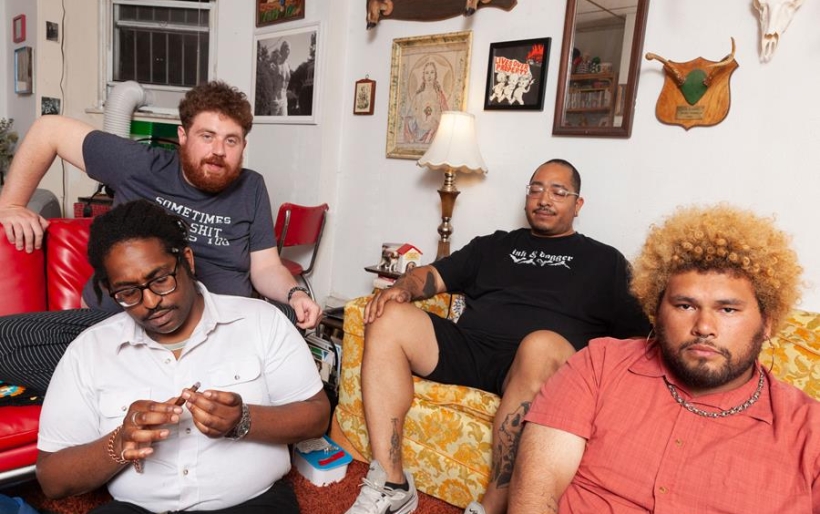 Soul Glo | photo by Christopher Postlewaite | courtesy of the artist

Over the past seven years, Philly’s Soul Glo have shattered the boundaries of hardcore punk, building their sound into something more expansive with each project they release: sampler atmospheres and searing dissonance, booming bass drops and adrenalized rap collabs. Now they’re bringing that vision, along with their furious instrumental chops and cathartic lyrical rage, to the roster of long-running California punk label Epitaph Records, which just announced the band’s signing today.

“Since their formation in 2014, Soul Glo have used hardcore punk music as a catalyst to speak about the intersectionality of gender and race in the American political landscape, and the black lived experience,” writes the label in its announcement. “Soul Glo’s lyrics are uncompromising, written to raise awareness of social justice issues and designed to make you look inward.”

Along with the band’s new home comes a new project, the second installment of their DisN___a series, a gripping six minutes that finds vocalist Pierce Jordan ruminating on trauma and fear, feeling hopeless and unsupported, facing challenges but finding a way. The way the closing “B.O.M.B.S.” wraps up sums it up powerfully: “We came in the game, made a lane and a name, and a lot of these lames cant say they did the same. / This is our pain that saves us everyday. / N___a is you hearing this? No one doing it like how we doing it, but itʼs not like we spent 7 years proving it.”

Congrats to Soul Glo on a much-deserved step up in the industry. Listen to DisN___a Vol. 2 below, and grab a download at Bandcamp.