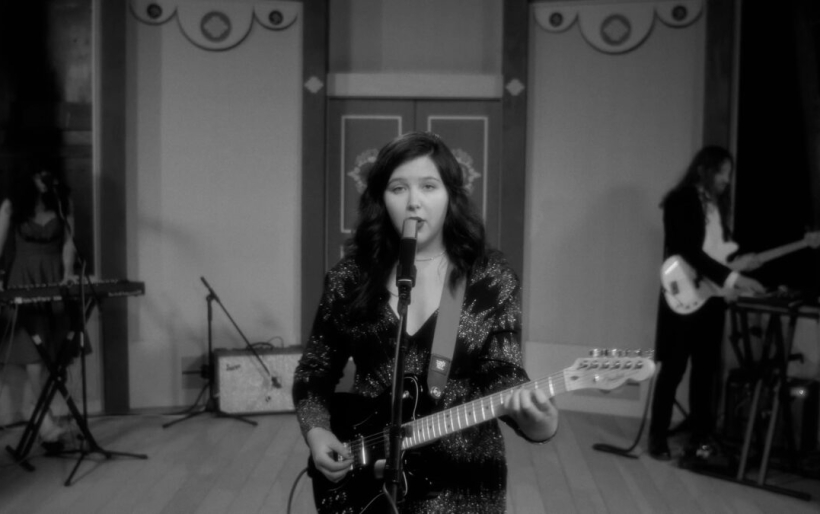 Lucy Dacus appeared on Jimmy Kimmel Live! last night to play a song from her new album, Home Video, which comes out this Friday, June 25.

Since the album explores Dacus’ past, the singer-songwriter returned to her hometown of Richmond, VA to film the performance of “Brando” at the Theatre Gym at the Virginia Repertory Theatre. Channeling the song’s Old Hollywood inspiration, the video is shot in black and white before turning to color halfway through.

“‘Brando’ refers to a very dramatic friend I had in high school whose whole personality was the media he consumed,” Dacus previously said about the song. “He showed me a lot of amazing movies and music, but I think he was more interested in using me as a scrapbook of his own tastes than actually getting to know me. He claimed to know me better than anyone else but I started to feel like all he wanted from me was to be a scene partner in the movie of his life.”

Lucy Dacus will headline Union Transfer on October 20th, and will also open for Bright Eyes at Levitt Pavilion SteelStacks on July 29. Find more information on both shows at the XPN Concert Calendar. Dacus will also host a record signing at Repo Records this Friday.