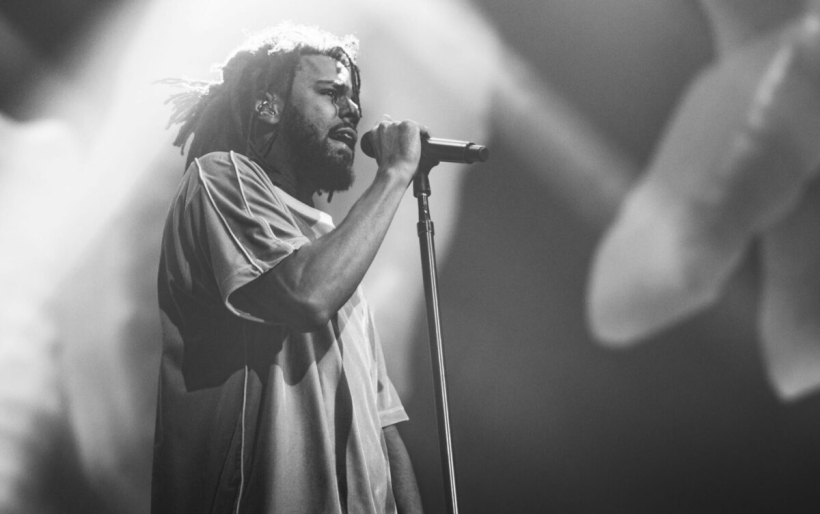 J. Cole has announced a 17-city tour in support of his latest album  The Off-Season. The rapper will be joined by 21 Savage and Morray, and will play The Wells Fargo Center on September 29.

The album, which came out in May via Cole’s label Dreamville Records, debuted at Number One on the Rolling Stone Top 200 Albums chart, affirmed his status as one of the most beloved modern rappers. A star-studded release, the record features guest vocals his tour-mates Morray and 21 Savage, as well as Lil Baby, Bas, and 6lack.

In anticipation of the album, Cole put out a mini-documentary called Applying Pressure that offers additional insight into his creative process. The film opens with him telling 21 Savage about an intervention that his friends staged for him. Lacking focus and partying 24/7, he discusses how the eye-opening encounter forced him to get serious about pursuing music. Wanting to push himself hard as he can, he talks about reaching for new heights and the constant grind that defines The Off-Season. With an insatiable hunger to go down into hip-hop history, the video depicts long nights in his home studio and private planes that take him from city to city on tour, and his passion for both is undeniable.

Tickets go on sale beginning Friday, June 25 at 10 a.m., more information can be found here. Watch Applying Pressure and get J. Cole’s full tour schedule below, read up on Wells Fargo Center’s COVID-19 health and safety regulations here, and for the latest in Philadelphia concert news, check out the XPN Concert Calendar.