Manchester Orchestra and Foxing are touring together, playing The Fillmore - WXPN 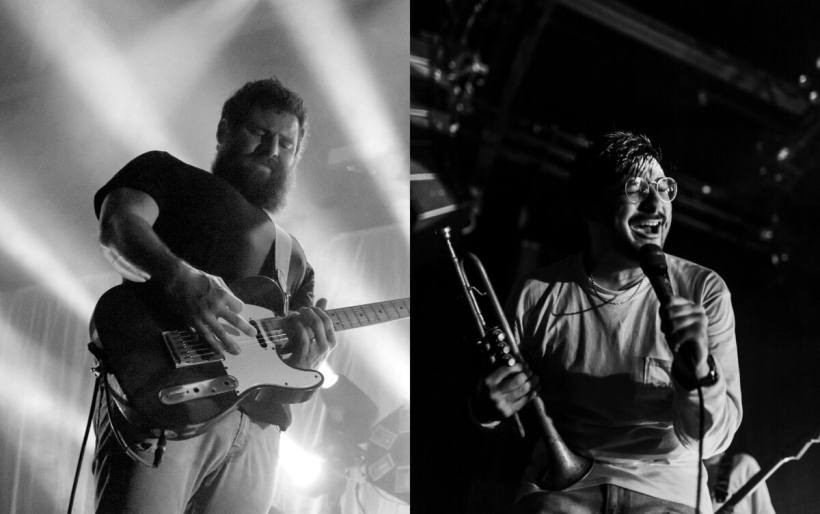 Manchester Orchestra and Foxing are touring together, playing The Fillmore

After teasing fans with show announcements in LA, NYC, and Atlanta earlier this month, Manchester Orchestra has finally released the rest of their extensive 2021-2022 tour dates. They will be joined by indie-pop band Foxing, whose fourth album, Draw Down the Moon, is due out in August, which members of Manchester Orchestra contributed to the production of. The bands will be making a stop in Philadelphia to play The Fillmore on October 15.

Manchester Orchestra will be touring in support of their latest album The Million Masks of God, which was released back in April via Loma Vista. It is the band’s sixth studio record and perfectly encapsulates their range both stylistically and lyrically. Frontman Andy Hull draws on his emotional and spiritual turmoil to craft lyrics that reach new depths of vulnerability. The mix of rock, pop, country, and indie influences also contribute to a sonically diverse album that hooks listeners in from the first shimmering seconds of “Inaudible.”

Foxing has teased their new album with their celestial single “Where The Lightning Strikes Twice,” a song about success and failure. The track was inspired by the high hopes and heartbreak they’ve endured over the decade they’ve been together. Draw Down The Moon is meant to explore cosmic significance as it relates to ten themes, the rest of which the band has not yet disclosed.

Manchester Orchestra’s Andy Hull and Robert McDowell also joined bedroom-pop turned rising-star Briston Maroney for a performance of “Bottle Rocket,” which they co-wrote with him. Maroney is also set to play at the Fillmore on March 10.

Tickets will be on sale tomorrow, June 24; more information can be found here. In the meantime, you can stream The Million Masks of God below, listen to Foxing’s “Where The Lightning Strikes Twice,” and find out about The Fillmore’s COVID-19 health and safety regulations here. For the latest on Philadelphia concert news, check the XPN Concert Calendar.