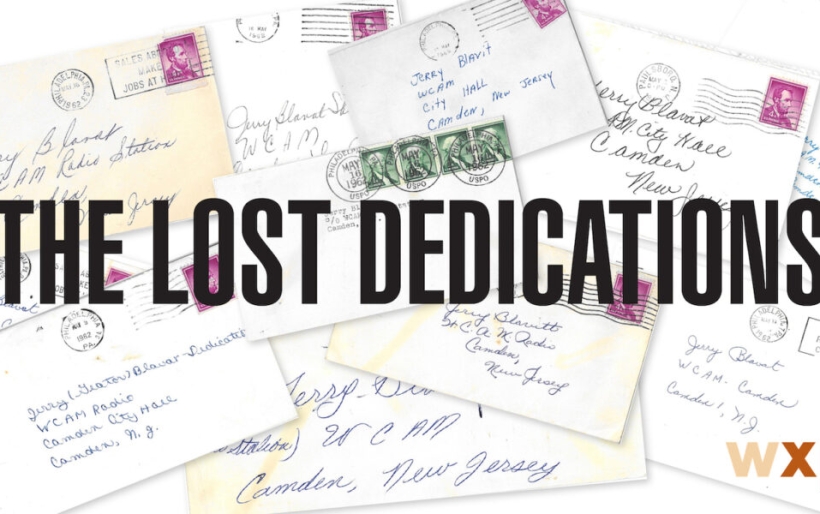 Picture this in your mind.  It’s ten o’clock on a balmy spring evening in 1962. On the top floor of City Hall in Camden, NJ the lights are still on. This is where radio station WCAM resides. With the skyline of Philadelphia twinkling on the other side of the river, disc-jockey Jerry Blavat, also known as the Geator With The Heater, is spinning obscure R & B and doo-wop 45s from his own collection and reading requests and dedications sent in by his listeners, a loyal group of kids he refers to as “yon teens.“

WCAM’s signal doesn’t carry far — only 250 watts at night — but his music-obsessed fans have figured out that the station’s transmitter is located near the Jersey bank of the Delaware River. So every night a ritual is played out.  Philly teenagers drive to the Pennsylvania side of the river to  sit in their cars,  groove to the music and hear their requests and dedications.  It was a magic time.

My name is Ben Vaughn.  According to Wikipedia I’m a singer, songwriter, musician, record producer, TV and film composer, and syndicated radio show host.  But they left one thing out.  I too was a “yon teen.”  Though a little younger than most, I listened to Jerry Blavat’s radio show every night and thought of him as my mentor – even though we’d never met.

When I grew up and entered the music business, the Geator and I became good friends.  A little over a year ago, it was time for him to move from his storefront studio on Market Street in Philly so I put together a team of volunteers to gather up his archives and put them in safe storage until they were ready to be sent to their future home, the Rock And Roll Hall Of Fame Library.  It was quite a task, but we got it done.

A few months later a Hall Of Fame curator flew in from Cleveland to go through the collection with me and ready it for shipping.  While doing this, I discovered a manila envelope with the words “fan mail” scrawled on it.  But what I found inside wasn’t fan mail.  What I found were requests and dedications from 1962.  I couldn’t believe it.  I stopped everything and read them all.  It was fascinating. Mostly, I was struck by how personal some of the writing was.  The “yon teens” really looked up to the Geator. They trusted him.

Returning the letters back to the envelope I found another packet at the bottom.  I pulled it out, opened it up and to my shock, found a dozen unopened requests and dedications.  All from May of 1962. Wow. The “lost dedications.”

I immediately called the Geator and told him what I‘d found and his reaction was priceless — no recognition whatsoever of the possible historical importance of these documents.  His first impulse was to feel bad for the yon teens whose requests were never heard.

“Ben-ophonic Ben!,” he yelled on the phone, “We need to go on the air and honor them now!”

“Great idea,” I replied, so letters in hand, I met the Geator at his hi-rise apartment in Society Hill Towers in Philadelphia where he currently records his show.  I brought my laptop along, loaded with every song I could think of that the Geator might have played before 1962 and sat down with him. With breath-taking views of Philadelphia and Camden City Hall in the background, he pulled out his letter opener and the process began.  And here it is for you now.  Ladies and gentlemen, the Lost Dedications with the Geator With The Heater, the Boss With The Hot Sauce, Jerry Blavat.

Go on an hour-long journey with The Geator and Ben Vaughn on The Lost Dedications by listening to an archive of the special below. You’ll hear about the experience of being a radio host in 1962, about the fervent community that congregated around The Boss With The Hot Sauce, and The Geator’s impeccable memory of his fans, their cliques, and the songs they loved. Plus, you’ll hear about one letter with a remarkable story.

What was it like to uncover this very special box full of letters? How did they impact The Geator after being in hiding for almost 60 years, and what was it like for Vaughn — devotee that he is — to go on this journey with one of his heroes? Read more in this indepth featue story about The Lost Dedications at the Courier-Post by Tammy Paolino and Carol Comegno. For more, take a look at our own chat with Vaughn and Blavat.

There’s always room to dig deeper! There were over a half dozen that didn’t make it on to the show, but The Geator and Ben still opened them, read them, and talked about them. Listen to those letters and the music that goes with them below.

So much personality is contained in these letters the Yon Teens would write to The Geator; the shape of their handwriting, the color of the ink they’d use, the messages they’d send to their friend groups and reasons for loving the songs they did. Below, take a look at a few scans of letters from which The Lost Dedications are drawn, and find a full gallery over at Ben Vaughn’s website.

What about the songs themselves? We heard clips of them in the show, but what would it be like to pop on a pair of headphones and get lost in them? Find out in a full YouTube playlist of all 15 songs from The Lost Dedications. You can also hear most songs from the show on Spotify, or listen to a continuous mix crafted by Vaughn himself over at Soundcloud.

The Man, The Myth, The Legend

Revisiting these letters and reconnecting with the yon teens of his heyday was very clearly a joyful experience for Jerry Blavat, The Geator With The Heater, The Boss With The Hot Sauce, and that is possibly best conveyed by this video of him opening one of the letters and chatting about it with Vaughn. He’s instantly transported, and it’s electrifying. Watch below, and if you know any of the letter writers — or if YOU are a letter-writer — let The Geator know at lostdedications@yahoo.com. He’d love to hear from you!