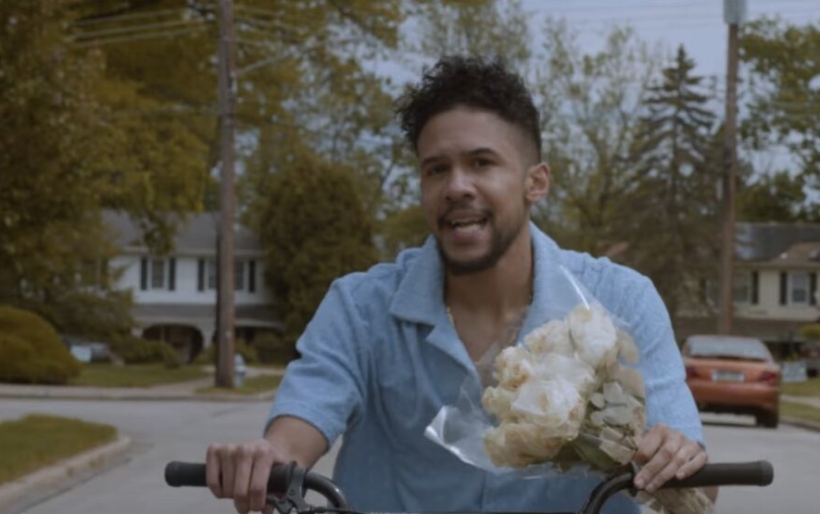 Moses Mosima is on a nostalgia ride with his latest project Cul De Sac, out next week. The Philly singer-songwriter’s eclectic style spans hip-hop, folk, pop, and R&B, with shimmering electronic flourishes, and the new music videos he’s releasing to tease the project circle around love and days gone by.

The latest in the series is for the song “Full Bloom,” which finds Mosima biking around a suburban neighborhood of manicured lawns and split-level homes, holding a bouquet of flowers and looking longingly at the camera, reflecting on the moment in a relationship where intensifying emotions break down into confusion. “I ask you one too many times what this all meant,” he says. “So I just keep on dancing till it the song makes sense.”

The song is ultimately a plea for forgiveness, while the preceding video for “Pretty” sits more firmly in the realm of devotion, with Mosima standing in the street and pantomiming a stage show with the flowers standing in for his microphone. On the introduction to the series, a short instrumental called “Cul De Sac Interlude” scores the initial journey of a semi-animated bike-riding character with wide eyes and a bewildered expression, taking his first ride into an uncertain world.

Watch both previous videos below, check out the “Full Bloom” video above, and keep an eye out for Cul De Sac‘s release on July 8th.