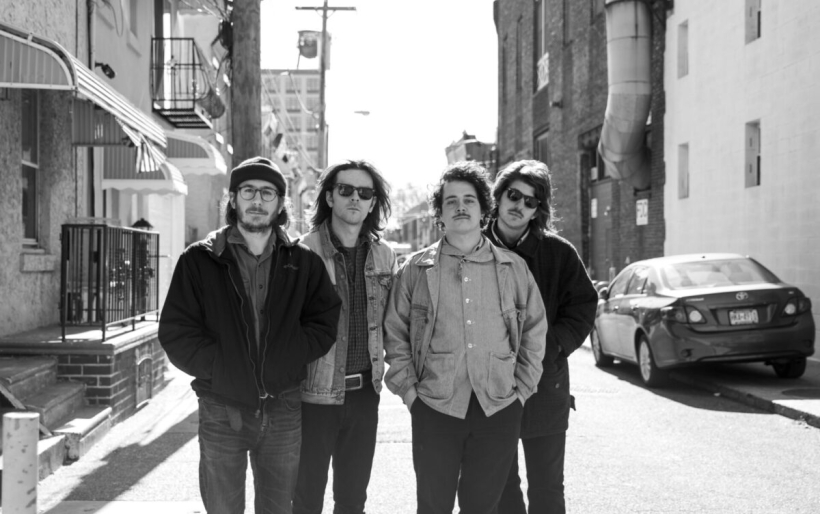 The Districts | photo by Rachel Del Sordo for WXPN

The Districts announce a string of U.S. tour dates and Brooklyn Steel livestream with Mannequin Pussy

The Districts are breaking their 18-month hibernation this fall to hit the road for a string of U.S. dates that will bring them through the midwest and south. They are bringing Girlpuppy (the stage name of Atlanta singer-songwriter Becca Harvey) along for the ride, which kicks off October 14th in Ann Arbor, Michigan.

The tour is in support of their latest record, You Know I’m Not Going Anywhere, which was released right before the pandemic. An album full of anthemic choruses, dramatic guitar flourishes, and glittering synths, it was made to be played live. Between the explosive vocals of “Velour and Velcro,” and the 80s dance-pop influence on “Cheap Regrets,” it feels like a modern-day meeting ground between disco and punk. The band’s fourth full-length release pushes them out of their scrappy indie comfort zone and sees them experiment, effortlessly crossing genres while still create something cohesive.

Girlpuppy plays the bright indie-pop that you catch yourself singing in the car. With sweet songs about crushing, you can’t help but smile as she recalls first dates and shyly admitting, “I only love you when you’re breathing/or moving/or waking up in the morning.” Growing up wanting to be Hannah Montana or Taylor Swift, her catchy hooks have the same infectious nature as her idols. For her second single, “Cheerleader,” Harvey enlisted the help of Marshall Vore (Phoebe Bridgers, Better Oblivion Committee Center, Christian Lee Hutson,) who will also produce her upcoming EP.

While The Districts won’t be making a stop in Philly, they will be playing a Brooklyn Steel livestream with their hometown friends Mannequin Pussy, who have a lot of good things going on between their terrific new EP, the tour they’re going on with Japanese Breakfast, and their fall run with has them headlining Union Transfer for the first time The livestream will be an awesome warm-up for all of that, and takes place July 8 at 7 p.m. ET via the venue’s Twitch.

You can purchase tickets to The Districts’ tour dates here and use this link to tune in to the Brooklyn Steel live stream.