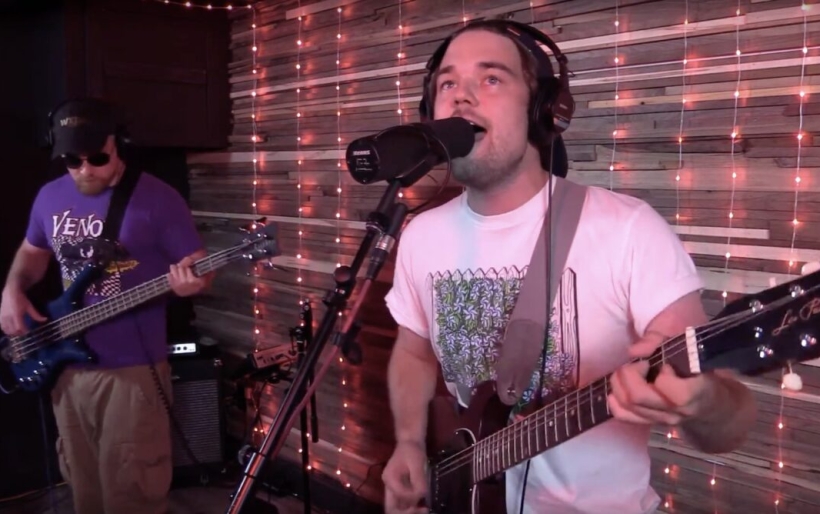 The Tisburys | still from video

Looking into camera, laughing along with his bandmates, Tyler Asay of The Tisburys sand “Great to be here, glad you came / Are you ready to play that game?” It’s a lyric from the band’s Tom Petty-ish song “Fade Away,” but also seems to work as an in-joke about social anxiety — something we’re all reckoning as the re-opening of the United States feels fast tracked and we’re along for the ride with a mixture of excitement and dread.

Or maybe somebody did something silly off-camera in Left of the Dial studios? Who knows. I know that the LotD podcast has used their pandemic time to create a terrific series of livestream performances from their Manayunk / Roxborough studio space, and this technically marks the second visit for many members of The Tisburys. The first time they were there was backing Riverby on a semi-acoustic but nevertheless raucous set.

This time, Asay and his bandmates Dan Nazario on drums, Doug Keller on bass, and John Domenico on guitar are going at it maskless at full volume, from the brisk guitarmonies and Mountain Goats-esque desperation on “Worthy Adversary” to the jaunty power pop jam about East Coast sadness, “Back To California.”

After a bracing vocal performance on “In The Moonlight,” Asay urges his bandmates to jump into one more tune to close the set, and when Nazario kicked into the locomotive beat of “Crooked Roads,” off they went with a “classic for the heads.”

Watch below, and keep your sights on The Tisburys’ social media, since they’re releasing a new song this Thursday called “Tear Us Apart.”