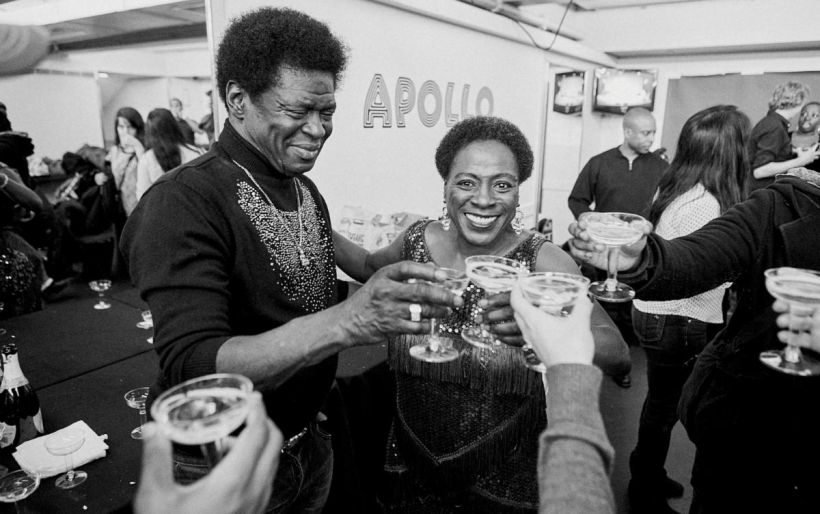 The iconic Daptone Records turns 20 this year, and to celebrate the milestone, will release The Daptone Super Soul Revue Live at the Apollo. The three-disc set includes live performances from the famous Harlem venue shot over three nights in 2014. The star-studded ordeal includes music from Charles Bradley, Sharon Jones & the Dap-Kings, Naomi Shelton, Antibalas, The Budos Band, Menahan Street Band, Sugarman 3, Saun & Starr, and the Como Mamas. The physical release, which comes out October 1, will also include a 48-page booklet featuring on-stage and backstage photos from the Apollo.

The Musician-owned and run label based in New York released two videos ahead of the collection. The first is the late Sharon Jones and her band, the Dap-Kings, with a lively rendition of “Get Up and Out.” Springing across the stage barefoot, her spirited shouts and big band are ebullient. Recalling time spent in the hospital, unsure if she would see her next birthday, she whoops, “I’m so glad that I’m alive!” The second video is another dearly departed Daptones artist: Charles Bradley with his band, the Extraordinaires, and they give a soulful performance of “Let Love Stand A Chance.” Sinking to his knees, The Screaming Eagle of Soul is as smooth and sultry as ever.

You can watch the videos for both performances as well as the trailer for the album. The full track-list and pre-order can be found here.