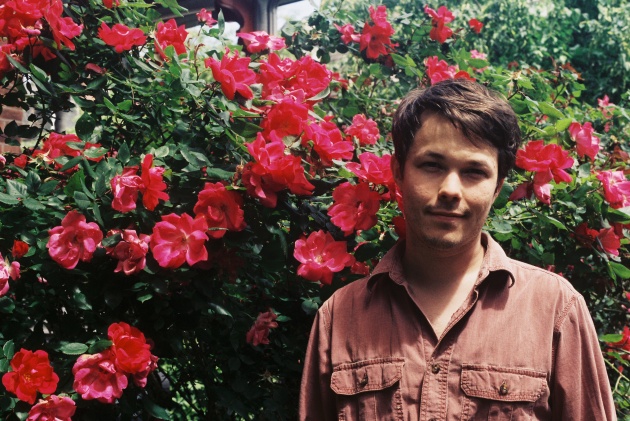 Michael Cormier | photo by Meghan O’Leary | courtesy of the artist

Drawing up the curtains on Michael Cormier’s More Light!!

You can write about burgeoning love or gut-wrenching heartbreak. You can write about soaring elation or devastating depression. Or, you can write about nursing Miller High Lifes, the chimes of unread text messages, the warm glow of an old Keno machine. This is the kind of minutiae Michael Cormier is concerned with on his ethereal, searching new record More Light!! (out now via Dear Life / Oof Records), the things that, whether you realize it or not, affect your life far more than the grand, dramatic themes we often hear songwriters explore.

Cormier brings up one name again and again during our recent phone conversion to describe his artistic ethos, the patron saint of singular moments, whose role in the art of perception is described as invaluable: Virginia Woolf. “I remember when I first started to write songs I was thinking if she were a DIY musician living in Philly, how would she try to write a song?” wonders Cormier, who made his mark on the scene in bands like the dusty Americana outfit Friendship and the emotive instrumental ensemble Hour. In reality, the answer to that question is all over More Light!!, a record which blends truly beautiful, incredibly lush arrangements with a distinct observational perspective. Just as impressive is Cormier’s reluctance to make any of this about him, but rather an attempt to capture universal truths that feel pointedly specific. You can read about how he achieved this, the influence of his many collaborators, and more below.

The Key: What was it about More Light!!, and in general light as a symbol, that made it feel right as both the album title and centerpiece?

Michael Cormier: The title comes from what is allegedly the German author, Goethe’s dying words; “More light!” But it is disputed and some think it was a more quotidian comment, more like please go to the window and open the blinds so as to let in more light, something less romantic and more just a simple request. I enjoy that kind of discrepancy. In general though, I was thinking a lot about perception and how that often feels like the only thing I can fully control in my life. Specifically the way I look at my surroundings and how my sensory world becomes a safe haven of sorts. Taking the time to notice the way light shines on different things, for example. Inversely there’s a lot of throughways on the record of sleeplessness and insomnia and being up in the middle of the night. To me that is always interesting because it is a time of day that I am not usually conscious of, so when I am having trouble sleeping I am noticing all these things I never really notice. There is still light in the middle of the night, coming from the street light or something like that. I guess it is a whole cornucopia of things connected to the title, really.

TK: While this record is ostensibly a solo record, you worked with several other musicians throughout, how do you decide when it’s time to bring in collaborators?

MC: I had demoed the record pretty extensively alone back in 2019. That is how I write in general, recording ideas and building off of them. I usually have fairly arranged demos that I think are fine on their own. It’s kind of the blessing and the curse of being a multi-instrumentalist. I could fill up all the space if I wanted to, but I can hit walls too, where it can feel like an echo chamber. So for this record when I was beginning the final recording process I actually held back a lot of my arrangements and just sent guitars and drums to Lucas Knapp who produced and mixed the record and is playing a lot of the instruments. I did that just so I could be collaborating with someone earlier and not be sending them this cluttered thing where they don’t know where exactly to insert themselves. I intentionally left some space for Lucas who was vital throughout the whole thing. The way I approach any collaboration is picking people whose impulses I trust. Everyone on the record got very little in the way of guidance and were picked because I love what they do and knew they’d be able to elevate any given song I was asking them to play. I am grateful to know so many people who I think are really good. It kind of spiraled out of control really quick. There are like over 10 collaborators on the record.

TK: How do these songs evolve as they become the work of so many different collaborators? Is it ever difficult to cede ownership in this way?

MC: It’s not difficult. Functionally, I’m at the point where I think I am almost over using my name. Ultimately this record does feel like it comes distinctly from me as a starting point, so it feels okay, but without Lucas this record would sound completely different and worse so just slapping my name on it feels like a strange flag to plant. Ultimately I think it is fine, but it is something I’ve been thinking about a lot since doing this record. If anything I am trying to cede ownership more than I am trying to maintain it, and that feels good.

TK: More Light!! is a record with a definite flow from front to back, how do you approach album sequencing?

MC: This one was demoed early on. I had 13 demos and honestly the order of the record was the order of the demos, minus like three songs which were taken out. A song like “Empty Mugs” was one I always saw as the last song even though it was the first thing I wrote for any of it, while “Degradation”, which sounded totally different initially, just felt like the first song. I wish I could say there was a meticulous art to it but it is kind of just impressions, something about the quality of the song, the mood it invokes in me. “Control”, for example, has that freakout section which felt like a good place to flip the tape.

I’m not sure, it’s very impressionistic I guess. I love thinking about record sequencing but then in practice I just try to feel it out and try not to over-intellectualize it. I do feel like a purest in some sense. I like the pop song to go first but I don’t necessarily feel chained to that either, if something else needed to take its place. But in this one it felt right. “Degradation” and “Last Hurrah” felt like singles pretty early on. It felt right having them first. Different records need different things but for this record I was leaning more into pop forms so I wanted to stay pretty true to decisions I know work for music like that.

TK: Speaking of the opener, “Degradation”, can you tell me specifically about the line about waking up as a form of creation and what that means to you?

MC: First it was a good line that just felt good to sing. I remember writing that song and getting a little freaked out because it was born out of early pandemic sleeplessness. When I don’t sleep super well my brain can quickly spiral into sort of catastrophe thinking. I notice my body too much, I feel some weird twitch and I think, am I dying? Quickly my brain can resort to that sort of thinking. Then eventually you do fall asleep and when you wake up you feel a little crazy but also really relieved. I just remember mornings after sleepless nights feeling pretty elated and really hopeful.

The line also goes back to what I was talking about with perception and being one of the few things we can kind of control. We can choose what we notice, how we notice and when we notice it. It’s something I got from Woolf but perception can really be an artform in itself, so waking up and noticing the way the bird sounds are blending with the honking car horns and creating some interval or something can be a work of art and nourish your life in the same way that engaging with already created art can be. That makes me feel better when I am feeling less hopeful. Writing that song, I kind of got chills because it did speak to something I needed to hear at that time. It also created a good thesis statement for everything else I was going to be writing about on that record. Every other song feels like a refraction of that idea and looking at it from different angles.

MC: Lyrically I feel like I am able to plumb the depths of my anxieties in a way that I can’t musically. Musically I am always reaching for the transcendent and the beautiful. There are some moments that unsettle, with “Control” being the most obvious example but [also] I was listening to a lot of Nanci Griffith’s Last Of The True Believers at the time, which is just straight forward country songs. I am always trying to juggle anxiety and fear without losing track of a simple form, a catchy melody, and I love how those two interact. That song feels like a ditty that is trying really hard to stave off this all-encompassing fear that bubbles up and takes over at the end. I think the music can speak a lot of things that the words can’t even cover. I love that there are two conversations happening simultaneously on every song, the moods and colors presented in the music and how that interacts with the lyrics. I feel as an artist I can’t say what I want to say musically with words and vice versa so I like putting those two things together with the result being these two separate but interwoven ideas presented at once.

TK: There’s a throughline of cellphone-related interactions on the record, which is funny because it almost seems like something songwriters tend to avoid as a subject matter, despite it being an all-pervasive part of our lives. Why do you think this was a theme you returned to throughout the record?

MC: It feels tricky and I don’t know if I always pull it off but I’m very connected to my phone, as many of us are, so pretending like I am not doesn’t feel appropriate. For everything that is good and bad about the omnipresence of cell phones and the internet in our lives they can be profoundly connective and they can be profoundly isolating. I am really interested in the weird ways we live our emotional lives through them.

Like in the song “Call Declined”, for example. There is a lot of emotional baggage wrapped up in pressing that button when you see a phone call. It can be really charged in a lot of different ways. “Buggin”, on the other hand, talks about sending a bunch of texts to a bunch of people you haven’t talked to in a while just to see who responds. We’ve created all these new modes for interacting with each other which have never really existed and we have all these expectations for each other that never existed. Within the course of the last 15 years we have all these new modes we all have agreed are okay and we will continue to do [better] but we are still learning what the consequences are despite being pretty knee deep in it already.  Sitting down to write a song it often feels hard to omit that, because it is pretty embedded now in daily life.

Michael Cormier’s More Light!! is out now, via Dear Life Records / OOF Records, and can be ordered here. This interview has been edited for length and clarity.