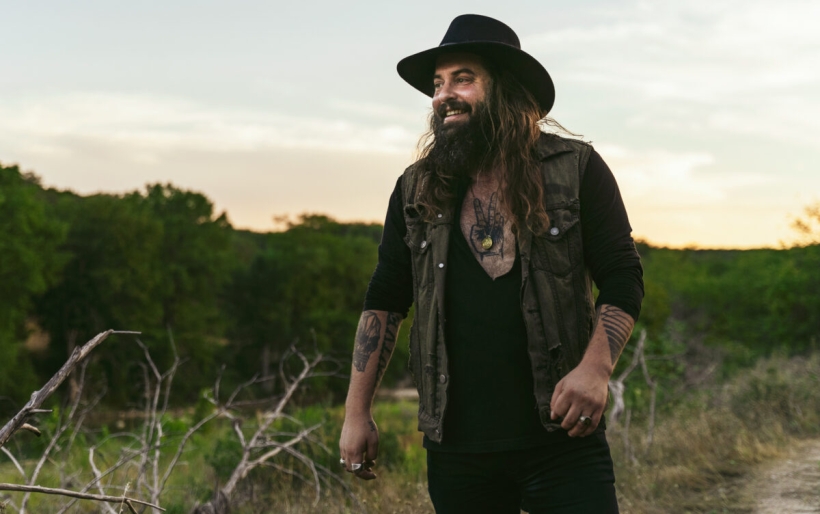 Strand of Oaks | photo by Merrick Ales | courtesy of the artist

Strand of Oaks wants us all to get together on “Galacticana”

As we collectively emerge from 18 months of keeping to ourselves, as we test the waters of social gatherings and affectionate hugs and — gasp! — the experience of live music once again enriching our lives, there’s no denying the feeling of pure joy that comes with it. Uncertainty, yes, but also joy. And I don’t think I could put it any better than Strand of Oaks‘ Tim Showalter does in the opening lines of his beautiful new song “Galacticana.”

I believe that ecstasy happens when we all get together
Standing right in front of me, feeding off the energy together
Looking for identity, freaking out a little bit together
Just like when we were kids, all the bad things we did together

That describes, essentially, the community of an Oaks concert — not to mention the community of concerts in general. And while it would be doing the song a disservice to say it is merely about playing shows and watching shows (much the same way “Goshen ’97” is about much more than just listening to records), it hits so perfectly as the first new song we’ve heard from Showalter since the COVID pandemic sidelined our ability to find community through music.

“Galacticana” is the opening track to the new Strand of Oaks record, In Heaven, which comes out October 1st via Thirty Tigers. The label is a new home for Showalter — his second big move, since he left Philadelphia and relocated to Austin in 2019 — and the comfort and confidence he feels in this new space is evident. The song has a heartland rock vibe like Petty and Isbell, and its celebratory tone feels apt; the press release announcing the album makes note of its thematic undercurrents: processing grief, getting sober, and finding strength from those closest to you.

“In Heaven was created with so much love,” Showalter says in a statement. “My greatest hope is that it connects with people and provides a momentary space for reflection, joy, catharsis and whatever else someone might be looking for in their life. Music is magic and I feel like the luckiest person in the world that I’m allowed to share it.”

In Heaven was recorded in Los Angeles last fall with producer Kevin Ratterman and features the playing of My Morning Jacket’s Carl Broemel (guitars) and Bo Koster (keyboards), bassist Cedric LeMoyne (of Alanis Morrissette’s band as well as the very underrated Remy Zero), Scott Moore on violin, and Ratterman on drums. We even have James Iha of Showalter’s 90s rock heroes The Smashing Pumpkins making an appearance to contribute vocals and guitar to the song “Easter.”

Take a listen to “Galacticana” below, and grab a pre-order of In Heaven in whatever format you desire over here. After playing Wiggins Park for the 2021 XPoNential Music Festival (tickets and info here) Strand of Oaks will embark on a U.S. tour that finds him returning to Philadelphia on October 13th. More information on that show is coming soon — the band has only announced cities and dates so far, venues and tickets are TBA — so keep an eye on the XPN Concert Calendar for those details. Scroll down for the band’s full tour itinerary, as well as a peek at the cover art and tracklist of In Heaven.