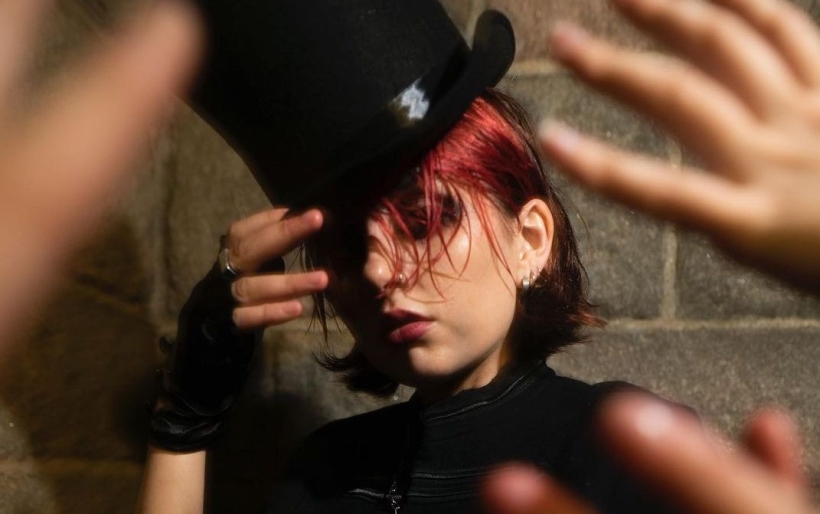 Cheekyspins reality into something haunting on her new EP The Tower. Frontperson Kaylee Sabatino, a classically trained pianist, uses her phone or a field recorder to collect and compile sounds which she later reconstructs into songs. Through the whirrs, beeps, static, and snippets of conversations that surround her, she manages to find the ominous undertones in everyday life.

An EP full of sonic quirks, it’s full of sounds like this that you can’t quite pinpoint. Her glitched-out experimental pop feels like a fever dream full of strange delusions and disturbing visions. Drawing on unsettling electronic influences like Grimes, there’s something scientific about the haze she creates. Whether it’s the sinister piano on “Faithful” that sounds vaguely like a Victorian music box or the calculated clicks of “Spades,” the EP shimmers with something chilling.

It’s slightly menacing, you can’t help but find it reminiscent of the Tower card in tarot. The symbol of the ensuing chaos, destruction, and utter disarray, you can detect the same menacing on-edge energy. Stream the full EP below and be on the lookout for Cheeky’s debut album The Star, due this October.