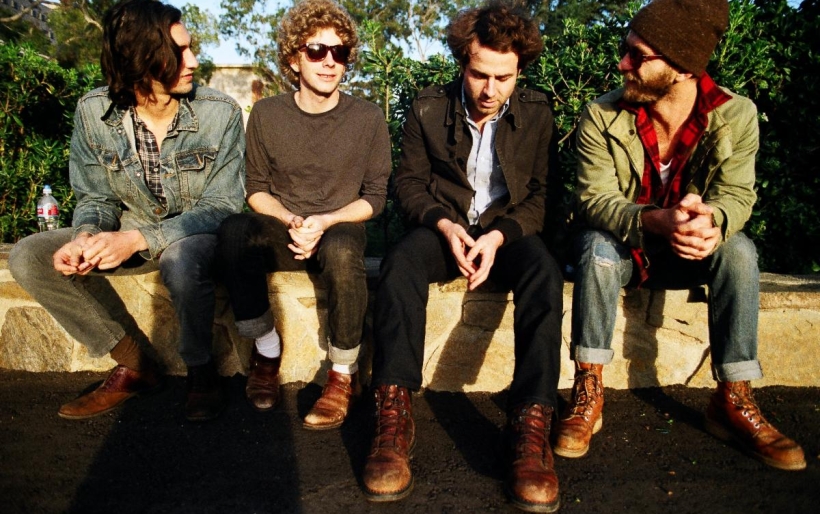 Dawes | photo courtesy of the artist

It’s hard to believe, but it’s been a full decade since XPN favorites Dawes released their second album Nothing Is Wrong, filled with sunny California folk-rock melodies and a massive radio hit in “Time Spent in Los Angeles.”

This August, Dawes is celebrating the milestone by releasing a ten-year anniversary deluxe reissue of the album, complete with four previously unheard bonus tracks. “Strangers Getting Stranger” is out today, and it’s a lively saloon rocker with sparkling piano, a bouncing beat, and Taylor Goldsmith’s trademark idiosyncratic lyrics, reflecting on a loss of innocence.

In a press release, Goldsmith says:

The songs themselves were coming straight out of my life at the time. No one was safe. If I shared a particularly lively conversation with someone or even a more intimate encounter, it was all immediately fair game. My parameters for discretion were not quite established yet. It took me a second too long to realize how voyeuristic being a writer could be. I still needed to figure out how to add a layer or two to an emotion, how to express myself without putting all my cards on the table at every opportunity. But maybe that’s what being 25 is all about. All the rest would come later. I’m just glad it’s all there for us to reach back into on any given night. Each record has been a turning point and something of a growth spurt, but maybe none as pivotal as Nothing Is Wrong was for us. That was the moment where we could see ourselves turning from hopeful upstarts into lifers. Glad it’s still worth talking about 10 years later.

Pre-order the Nothing Is Wrong deluxe anniversary edition here and make plans to see Dawes this September at the XPoNential Music Festival. Tickets and more information can be found at the festival website. Dawes also plays Harrisburg’s XL Live on September 24th; for more on that show and more, check out the XPN Concert Calendar.