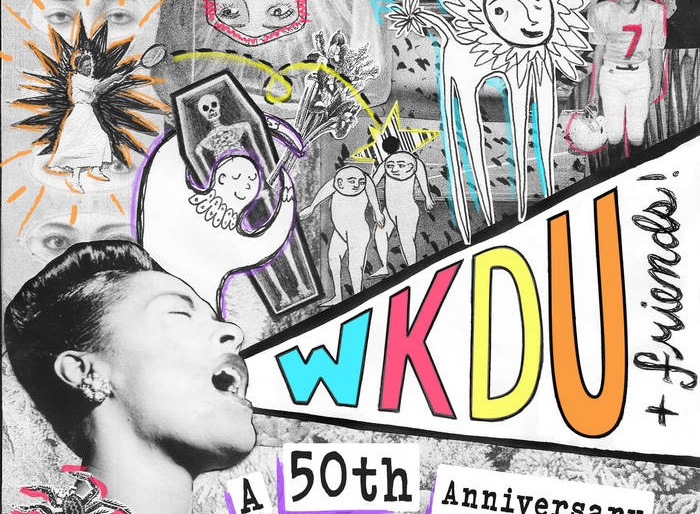 Drexel University’s student run free-format radio station WKDU is commemorating their 50th anniversary this summer with on-air specials, an outdoor event, and a compilation featuring 18 Philadelphia bands. Full of on-air performances as well as demos, covers, and other rarities, it’s not just a celebration of the station but the music community as well.

Covering everything from metal to indie, it encapsulates the breadth of the city’s scene. Some of the songs, including Nothing’s cover of Ride’s “Vapour Trail,” were recorded at WKDU studios for their on-air performance. Featuring scene veterans like Screaming Females and emerging new artists like Highnoon, it’s all-encompassing, from a fuzzy demo version of “Darling” by Mannequin Pussy to a live performance of “Root Rot” by Rubber. Whether you’re new to the scene or have been around as long as WKDU, there’s something here for you.

All of the proceeds from the compilation will be donated to Philabundance, a local non-profit food bank. The release will be available to stream and purchase on Bandcamp, but physical music enthusiasts can also snag a tape. You can grab one here and listen below, and check out WKDU’s outdoor bash at Drexel park till 8 p.m. on Saturday, July 17th — more info here.