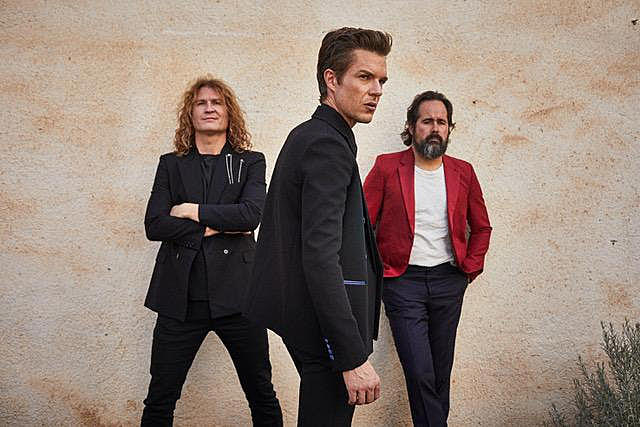 While it still seems impossible to go to a party and not hear “Mr. Brightside,”The Killers’ days of making indie dance tracks are long gone. In a vague teaser video for their latest record, Pressure Machine, which will be out August 13, they depict a run-down small town. With voiceovers of residences discussing high school sweethearts and staying there forever, there’s something ominous about the dingy shots of the decrepit town. The album announcement was also accompanied by a string of fall tour dates with The Smiths guitarist, Johnny Marr, opening for them. While there isn’t a Philly date, the band will be playing Firefly Festival on August 24.

The Killers also recently released a new single, “Dustland” featuring Bruce Springsteen. The duet is a reimagined version of Springsteen’s favorite Killers song, “A Dustland Fairytale.” Featuring lyrics about blue jean serenades, an American prince, and a country kiss, the collaboration was practically meant to be. Coupling the mundane with the magical, lead singer Brendon Flowers mentions seeing Cinderella in a party dress. As the kingdom falls under siege, there’s a certain urgency that makes it seem like they’re the knights in shining armor about to rush in for a rescue attempt. Something straight from a storybook, it builds up into a dramatic bridge that makes it clear there’s something enchanting hiding under all the dust and dirt.

You can check out the teaser for the video below and stream “Dustland” here.