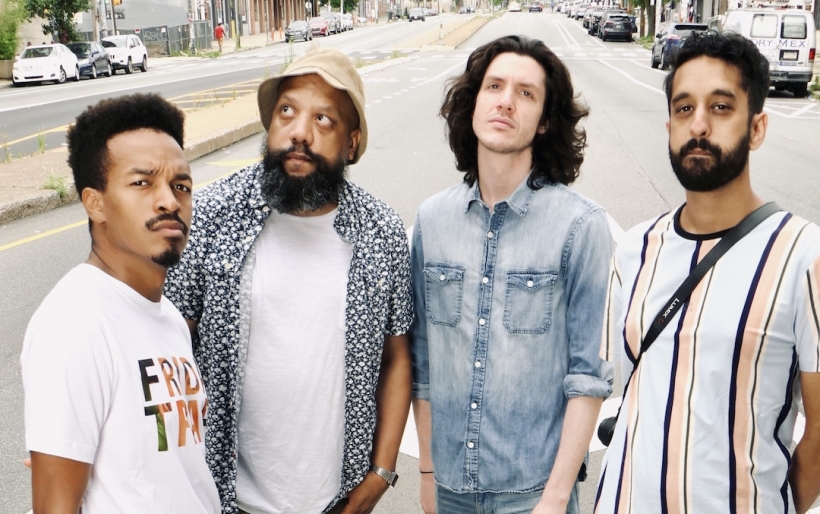 The day after the attempted insurrection at the United States Capitol, Philly rapper The Bul Bey sat down and began to write lyrics. His stream of consciousness outpouring took on a life of its own, and with the help of musical collaborators Trap Rabbit and DJ Unown, became the new single “Hissy,” which you can stream below.

Like Trap Rabbit’s best work, it veers in vibrant but unexpected sonic directions, with a boom-bap beat guiding psychedelic jazz keyboard grooves out of the Medeski Martin and Wood playbook. The track was recorded as an improvised and chopped-up live set between the band and DJ Unown, and is pointed and poppy at the same time.

On the mic, Bey draws lines from the Black Lives Matter uprisings in June 2020 to the storming of Congress in January of 2021 — “I don’t want to hear nothing about looting, you racist crackers were hanging off the Capitol having a hissy” — and from there tackles topics from wealth inequality to social media addictions, a lot of poignant territory for a two-minute song.

Take a listen to “Hissy” below. Trap Rabbit played their first set since before the pandemic this weekend when they opened for Rachel Andie at Milo The Meeting House; they told the crowd that more new music is on the way. Bey, meanwhile, just released the ultra-catchy summertime jam “Apples, Oranges, Bananas” — watch the video for that here.