Ghösh will release Alien Nation this fall on Get Better Records; rage to the "Bang This" video 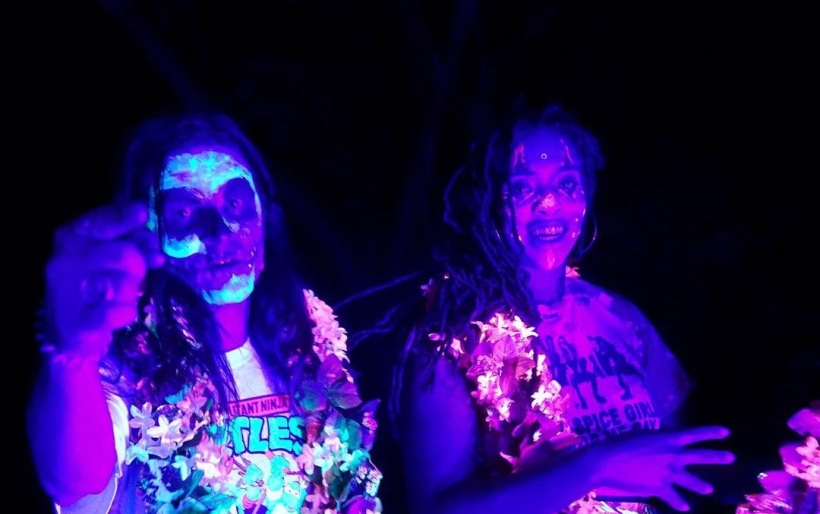 Ghösh will release Alien Nation this fall on Get Better Records; rage to the day-glo music video for “Bang This”

Philly digital punk duo Ghösh is releasing its next project through the Philly-rooted, queer-forward indie label Get Better Records. The Alien Nation EP is out October 1st, preorders and merch are available here, and the fired-up first single “Bang This” is out today, along with a colorful music video directed by vocalist Symphony Spell and co-producer Kevin Keenan.

With the pitch-shifted hook “when I bang, this is dangerous” guiding the way, the song is a frenzied dose of east coast house textures and club beats, as Symphony’s super rapid flow calls out the old-head punk patriarchy (you’ll easily spot a lyrical nod to Dead Kennedys) for its bro-culture and racism. “We don’t say shit, we just see shit,” she feverishly spits. The visual to the song is equally frenzied, with Spell, her bandmate Zachary Fairbrother, and a crew of friends in day-glo facepaint and clothes partying along the Schuylkill River, and further inland at South Philly’s Electric Street.

Watch below. Ghösh plays the first live concert at PhilaMOCA after 22 months of the venue being shut down; get tickets and more information on that show at the XPN Concert Calendar.