Matt Santry talks running, songwriting, and repping Team Helen for the Musicians On Call 5K on the Leicht Lunch - WXPN 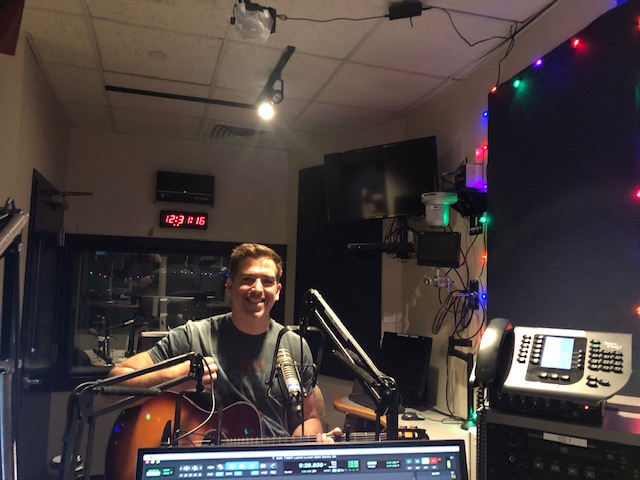 Matt Santry talks running, songwriting, and repping Team Helen for the Musicians On Call 5K on the Leicht Lunch

The healing power of music was the theme of XPN midday host Helen Leicht’s Leicht Lunch on Monday, and joining her on the air was local singer-songwriter Matt Santry, wearing a vintage WXPN 5K shirt from 2017 and talking about the station’s annual run to raise money for Musicians on Call. Santry shared memories of running the race in years past, as well as excitement over being one of Leicht’s two designated runners at this year’s 5K.

Earlier in the day, Leicht announced that she would be taking a leave of absence from the station, beginning this Friday, July 30th, following the virtual Free at Noon concert with Hoots and Hellmouth. Leading up to her leave, she’s brought some of her favorite Philly singer-songwriters on the air with her: Mutlu last week, and John Flynn the week previous; Andrew Lipke is scheduled to appear live on the air with Leicht during tonight’s XPN Local Show at 8 p.m. ET.

Santry played a studio recording of his latest single, “Illusion,” his self-described “song about social media” where he sings “on the other side of the screen / everybody’s living the dream / it’s so easy.” He also played an acoustic new song, “Unconditional Love,” which he originally wrote for his mother, but “when you release songs into the world, they change shape, and when my wife became a mother, this song took on a whole new meaning.”

Leicht and Santry reminisced about his role in the XPN Local tribute to Bruce Springsteen’s Born To Run in 2010 and talked about his upcoming performances: August 19th at Sister Cities Park at 18th Street and the JFK Parkway in Philly, and September 18th at the Living Room at 35 East in Ardmore. And they also talked about the 5K, where Santry will be leading Team Helen Leicht. “I want to be present at the 5K run, even if I can’t be at the run,” Helen says about the team; local musicians and midday show fans are encouraged to register for Team Helen Leicht at the XPN 5K website.

Leicht asked Santry to conclude his visit by performing a song he felt encapsulated that healing power of music they spoke about at the beginning — a song you’d be likely to hear him cover at the bedside of patients in local hospitals while volunteering for musicians on call. His pick: “Lean on Me” by Bill Withers. Listen to the conversation and performance below, and tune in to the XPN Local Show tonight at 8 p.m. ET to hear Leicht’s chat with Andrew Lipke.