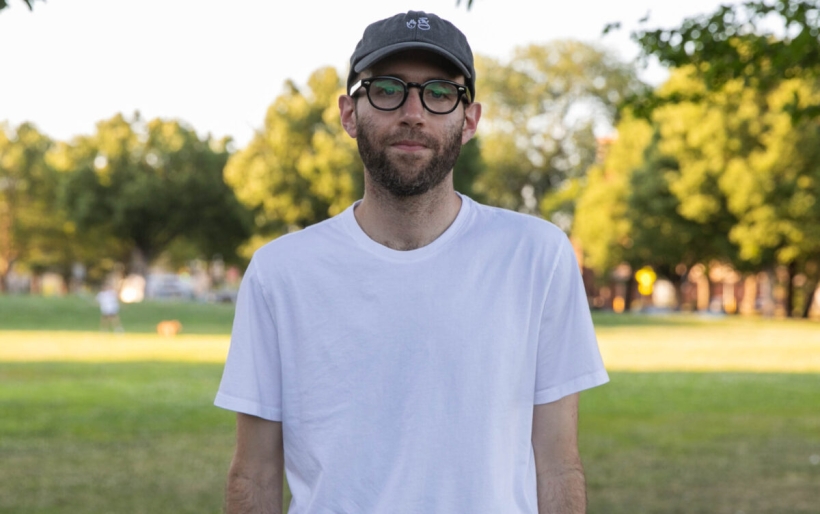 Hurry’s Matt Scottline talks about his emo roots in Everyone Everywhere, his creative process around Fake Ideas, and more on 25 O’Clock

“If you’re laboring over it, there’s probably a reason,” says Matt Scottoline on the 25 O’Clock podcast. “Some of my favorite songs I’ve written are the ones that flew out of me and felt easy and fast in the moment.”

The frontperson of Philly power pop band Hurry gave this insight into his songwriting process — and in a way, his band name — when he joined 25 O’Clock host Dan Drago for the latest episode of the Philly music pod. They spoke about everything from growing up in West Chester to making music in late-pandemic Philly.

Inspired by Green Day’s Dookie and Philly’s Y100-FM as a youth, Scottoline talks about making his way from middle school jazz band to his first teenage emo / punk band, an experience that taught him to write by ear and gave him a new appreciation of playing music.

“I had no desire to get good at guitar,” he said of his experience with technical training. “My teacher probably hated me.” But punk spoke to him because of his own identity as something of an outcast among his peers. “I was sort of a nerdy kid in grade school and the type of kid who would get bullied,” he shares. “I was one of those kids who gravitated towards punk rock and alternative music because [I felt] ‘they’re like me.'”

A discussion about his band Everyone Everywhere and recording its first EP when the bandmates were 16 led to a discussion of emo and its different waves, from Sunny Day Real Estate to Get Up Kids to Modern Baseball (who Scottoline says often cited Everyone Everyhwere as an influence).

“The longevity that band still has and the way people listen to them is because we were sort of in that emo revival,” he reflects. “We got lucky in that sense, because people are still listening to those records today. That was a moment.” (Indeed they are — Lame-O Records just announced a series of vinyl reissues of Everyone Everywhere’s out-of-print LPs, as well as a new third release that compiles their earliest EPs with new tracks; get more info here.

“For me, the hardest part about Hurry is everything feels really personal,” he says. But he also sees it as an opportunity to track his creative growth — each album has been a stop along a sonic progression forward, has reached more listeners, and has drilled down to a more candid and personal lyrical perspective, particularly on the new Fake Ideas. Scottoline and Drago also discuss the chapbook profiling the people who contributed to the making of the album, the experience Scottoline had going to college for music at Drexel, and more.

Take a listen below. Hurry’s Fake Ideas is out now, and can be picked up from Lame-O Records. Read Scottoline’s interview with The Key’s Sam Kesler here.