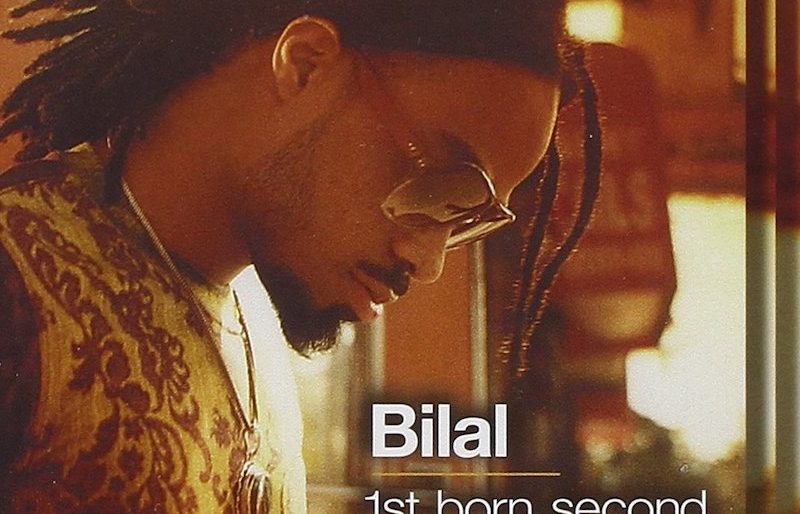 Philly is known for having elite rappers, but it’s also known for having incredible soul singers. There’s something about the grit in this city that allows singers born and raised here to activate a feeling in the soul with their voices. This has been happening since the 70s and the Philly International era of Teddy Pendergrast, The Stylistics, Patti Labelle, and Phyllis Hyman to next generation of soul singers in the late 90s and early 2000s: Musiq Soulchild, Jill Scott and Vivian Green.

The difference between the next generation and the one before them is that they incorporated other genres into their music they made, so they were categorized as “neo” soul to brand and market them to public. As frustrating as it was for them to deal with branding that put them in a box, it worked. Albums like Who IS Jill Scott? Words and Sounds Vol. 1, AIjuswanaseing, and A Love Story have all received a widespread of acclaim and did well on the Billboard charts.

Twenty years ago, on July 27th of 2001, Germantown’s own Bilal staked his claim in that lineage, showing with his debut album 1st Born Second that he was not only a part of the next generation of soul singers, but his position amongst his peers was indeed first. By combing soul music with different genres like jazz, hip hop, and reggae, Bilal was able to create a timeless piece of work that is deemed a classic to many including today’s soul singers like Miguel and Anderson. Paak.

In an interview with Sweeney Kovar, Bilal talked about how he grew up singing in the church, and was influenced by jazz music. He says the friends he met at Philadelphia High School for the Creative and Performing Arts, who were mostly musicians, that got him into music. Bilal was able to record a demo tape at the studio of Spin Doctors drummer Aaron Comess. Bilal met Aaron at the school he was attending in New York and was hired along with musician Robert Glasper to play in his band. They had no idea who Aaron was until they were invited to his house and saw his home studio.

The gigs they were hired to play were at 3 a.m., so he recorded the demo that included “When Will You Call,” “Queen of Sanity,” and “Love Poems,” in order to stay up for the gig. During an interview with VladTV, Biala states that the demo traveled around and made its way to members of what became known as the Soulqaurian Collective; Questlove, Common and Erykah Badu. After receiving a buzz, he started looking around for a deal and the demo got him a meeting with Interscope Records’ Jimmy Iovine, thanks to Steve Stoute, which ended with him signing to Dr Dre’s label Aftermath. The irony of a soul singer whose influences included gospel, jazz, R&B — with production from a rock drummer — landing a record deal to one of the greatest hip hop producer’s label is that it became the perfect place for a soul singer to experiment musically.

An article from Pop Matters by Mark Anthony Neal, stated that the title of album come from the idea Bilal is “first born prodigal son of the second generation of contemporary soul stirrers,” as if he is the chosen one of the new generations of soul singers. Maxwell, Erykah Badu, and D’angelo were basically that generation: artists who were influenced by other music genres like hip hop, jazz, and reggae for example. Like Bilal, most of them were born in the 70s and were adolescents in the 80s and 90s — so Bob Marley and NWA, play as big an influence on them as Nina Simone and Stevie Wonder did.

You can hear the hip-hop influences in Bilal’s debut, not just from the production of producers Dr. Dre and J Dilla, but also on how explicit he is in his lyrics and delivery; it’s very similar to a rapper. Tracks like “For U” or “All That I Am,” “Home’” show that no matter the music genre, Bilal was going to make it sound soulful. 1st Born Second has the aggression and consciousness of hip hop’s youth but at the same time soulfully smooth.

The difference between soul and R&B is that in soul music, the content isn’t always about love. Soul singers like rappers have a conscious side to their music and talk about their environment and how it affects them personally. 1st Born Second showed that Bilal had much more to say than just about how beautiful love can be. On “Sally” he talks about getting got for all his money by an allusion of an alluring woman. “Sometimes” is so vulnerable that Bilal starts off saying “This is a song that makes me spill all of my guts,” in the intro. Like a bottle of liquor that makes you spew out the truth no matter how ugly it may be, Bilal opens up about his flaws as well as getting stuff that angers him off his chest.

The final track, “Second Child,” talks about oppression and inequality: “I was born as a second child and all I got was hand me downs.” Bilal still make sure to leave room to croon for women: right after venting on “Sometimes,” love sobers Bilal up and puts him in cheerful feeling from “Love It” to the sounds of foreplay on “C’Mere (Skit)” to the feeling of a sensual soul connection with the debut single “Soul Sista.” Bilal loves to perform, so he went into making 1st Born Second with the mindset of being able to make a dope live show out of it when touring and he successfully did that with this album.

There’s a lot of instrumentation throughout the project, so it’s perfect for a singer and their live band to have a jam session on any one of the songs. The production provided by Aaron Comess, Megahertz, Dr. Dre, J Dilla, Dahoud Darrien, Mike City, Raphael Saadiq and Dre & Vidal created classics like “Fast Lane,” “Love It,” and “Soul Sista” as well as unforgettable album cuts such as “For U,” “Reminisce,” “All That I Am (Somethin’ for the People),” “Love It,” and “You Are”. Bilal made sure to collaborate with musical friends and peers on 1st Born Second, with features from Common, Mos Def, Questlove, James Poyser, Floetry, and Jadakiss showing up in the mix.

Though the album received critical acclaim and rave reviews, the success branded him with the label “neo-soul,” a label he and many second-generation soul singers are not fond of. Whether it’s Erykah Badu or Musiq Soulchild, I’ve noticed over the past years how artists who were labeled neo-soul have a disdain for being labeled neo-soul. It was an easy way to market them to the public but at the same time put them in a box they didn’t want to be in. I guess the idea of marketing soul music in the 90s and 2000s sounded like a bad idea, so they rebranded it in order to sell records.

As frustrating as it was for acts like Bilal to deal with the branding that put him in a box, it worked, the music made by him and his generation is timeless, and did numbers on the charts. Looking back, it seems unfair to put someone in a box because they like to think outside of the box, however albums like Baduizm and AIjuswanaseing, 1st Born Second were able to stand strong two decades later because it showed how far soul music can go and how many genres it actually touches. Take a ride with 1st Born Secondi below.