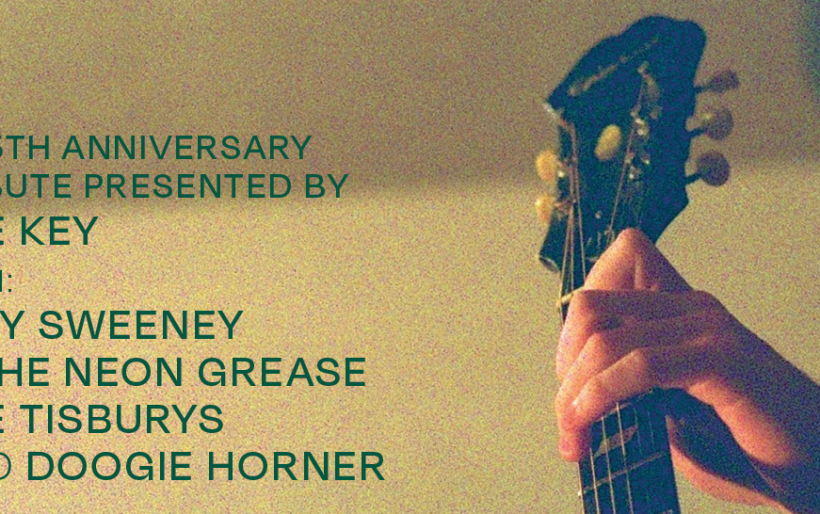 On October 29th, 1996, beloved Chicago rock band Wilco released their sophomore outing, Being There, a double-album that took the band’s country origins and embellished upon them with soaring power-pop and noisy alt-rock, serving as a springboard for the creative journey Jeff Tweedy and his bandmates would take over the next two decades.

On October 29, 2021, for the album’s 25th anniversary, Philly’s Joey Sweeney & the Neon Grease and The Tisburys will join forces to play Being There in its entirety at World Cafe Live for a tribute concert curated by The Key.

In the same way that the album provided a bridge between Wilco’s origins and what Wilco would become, it stemmed from a period of personal transition for Tweedy, who in a 1996 Rolling Stone interview with Greg Kot talked of how his marriage, first-time-fatherhood, and the new responsibility that came with it played into his songwriting:

I was a later bloomer. I was in my thirties before I even came to terms with the idea that I was making a living as a recording artist. I was in a punk band for a long time and thought it was my life. I was a bass player in a band making fifty dollars a night, paying eighty dollars a month in rent, making indie records and not getting paid for them, and having this naive sense of well-being that I would always do this and never have much more responsibility than that.

Those feelings are channeled into songs that are at once turbulent (“Misunderstood,” “Sunken Treasure”) and full of joy (“Outtasite (Outta Mind),” “Monday”) — the perspective of a rock and roll lifer beginning to consider what else life had in store — and we can’t wait to hear them translated by these two Philly Wilco devotees. The concert will also feature Philly comedian Doogie Horner acting as MC for the evening, as well as other surprises to make it a homey, holistic hang for local Wilco fans to come together and celebrate one of the band’s major works.

Tickets to the concert go on sale Friday, August 6th at 10 a.m., more information can be found here. For the latest in local concert news, head to the XPN Concert Calendar.