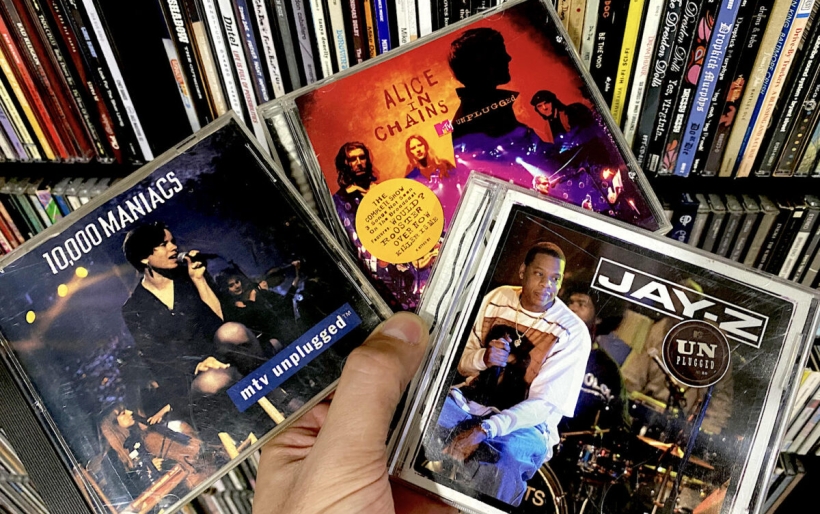 When XPN’s Dan Reed spoke with former MTV exec Jarl Mohn earlier this week, he gave some insight into the launch of Unplugged: where music video program was about flash and grandiosity, “Unplugged was really almost a response going the other way: let’s bring people back to the roots of music. And that was a very, very successful franchise.”

In that spirit, we’re dedicating a day of MTV Week on XPN to this groundbreaking, back-to-the-basics program that launched in 1989 and has continued on and off in some format or another to this day (BTS released an episode of Unplugged earlier this year).

All day long, you’ll hear artist match-ups and session double-shots, legendary Unplugged‘s — like Jay-Z’s episode with The Roots as his backing band, or Bruce Springsteen’s episode where he dropped the “Un” and just went “Plugged” — as well as Unplugged episodes you might have missed. And for a special treat during the 9 a.m. hour, we’ll present a full playback of perhaps the most famous Unplugged of all: Nirvana’s MTV Unplugged In New York.

Tune in beginning at 6 a.m. ET at 88.5 FM in Philly or streaming online worldwide at XPN.org, and join the conversation using the hashtag #XPNMTVWeek. Below, check out some highlights from Unplugged‘s history.