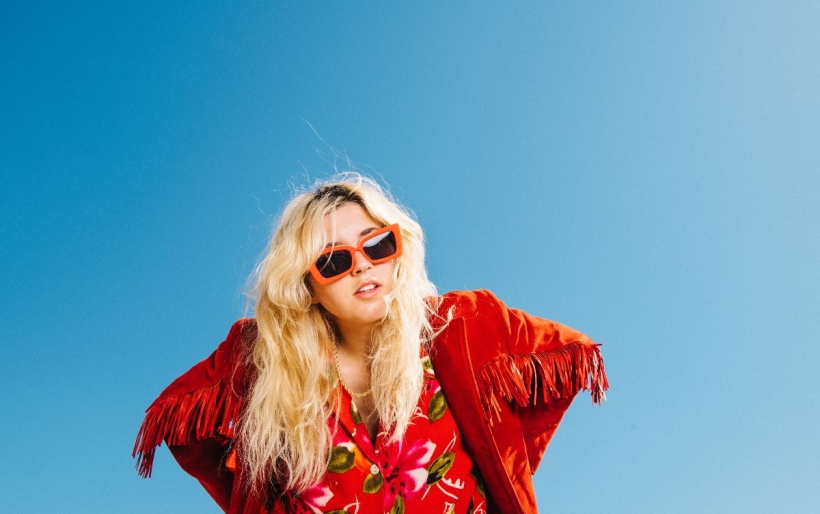 Caroline Rose | photo by Cara Robbins | courtesy of the artist

Caroline Rose is one of those people that you can’t believe exists in real life. There’s something cinematic and surreal about her as if she just stepped off the silver screen to test run reality. Her latest album, Superstar, posses the same seductive drama as old Hollywood. A year after the record’s release, Rose will finally be able to play its songs live at Underground Arts on October 22.

Following the twist and turns of chasing stardom, the album is a character study of sorts. Adopting an I’ll-do-whatever-it-takes mentality, Rose documents the highs and lows of trying to make it big. She’s almost feverish as she sings about bright lights, destiny, and the Chateau Marmont lobby on “Nothing’s Impossible.” Ambitious to her core on groovy dance tracks like “Feel The Way I Want,” she makes fame seem like a state of mind. No matter what, her persona seems intoxicating as she shamelessly dips into the darker side of the scene on “Freak Like Me,” with references to handcuffs in the front seat and taking things a little too far. Keeping the parties going and champagne flowing, you can’t help but be completely enamored by the opulence of her twinkling synths and technicolor dreams.

You can grab tickets for the show here and stream Superstar below. For the latest concert news from Philadelphia, check the XPN Concert Calendar.