Listen to Japanese Breakfast cover Dolly Parton, play most of 'Jubilee' in their final night at Union Transfer - WXPN 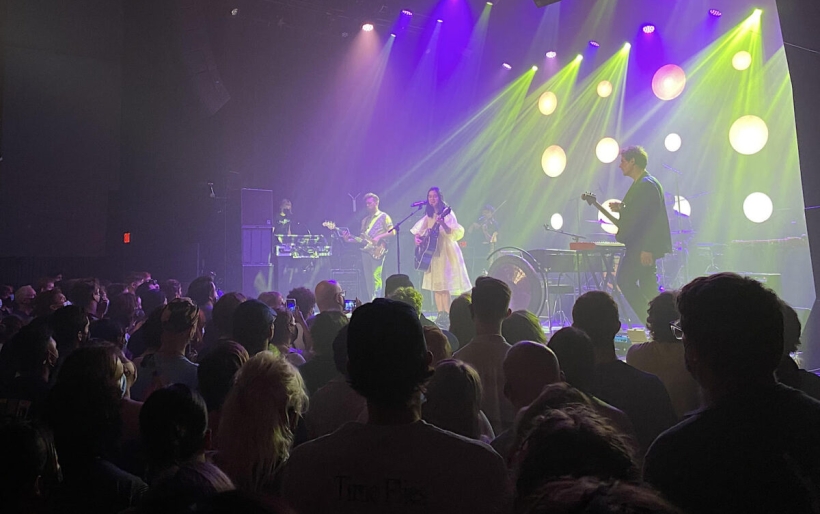 Listen to Japanese Breakfast cover Dolly Parton, play most of ‘Jubilee’ in their final night at Union Transfer

The show, broadcast live on WXPN, featured some similarities as the shows we saw earlier in the week — notably, the band played eight out of ten songs from their celebrated new album Jubilee. It also featured a couple notable differences — frontperson Michelle Zauner spent more time at her Rhodes, particularly for a late-set cover of “Here You Come Again” by Dolly Parton, and there was a massive balloon drop during the main set finale of “Everybody Wants To Love You.”

Listen to the entire performance and check out the setlist (and video of the balloon drop care of bassist Deven Craige) below; pick up Jubilee in a variety of formats here.

Setlist
Paprika
Be Sweet
Kokomo, IN
Slide Tackle
Posing in Bondage
Savage Good Boy
In Hell
Tactics
The Woman That Loves You
Road Head
Boyish
The Body Is A Blade
Here You Come Again (Dolly Parton cover)
Everybody Wants To Love You

In related news, Union Transfer has re-named its coat-check room — where Zauner was employed while interning for R5 Productions in the mid-20teens — has been officially re-named the Michelle Zauner coat check room.