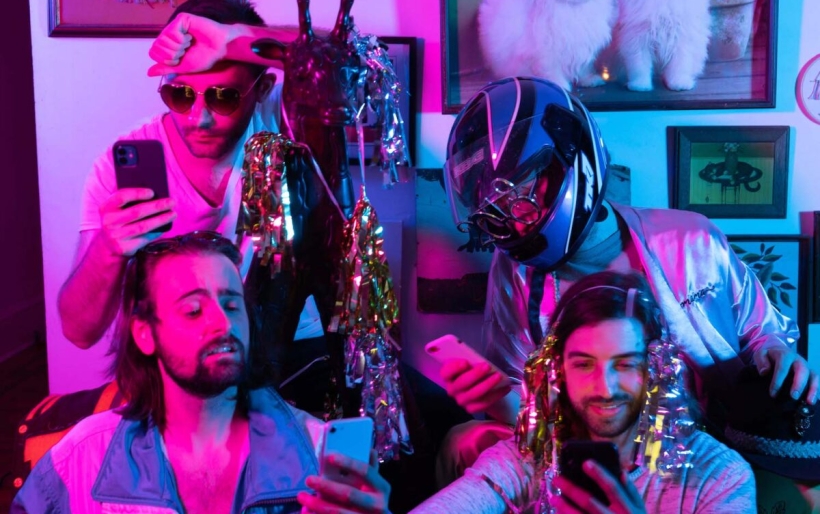 Past Life | by Anthony Massucci | courtesy of the artist

Past Life recreates your nightmare in their new video “Two Wolves”

Past Life recreates your worst nightmare in their new video “Two Wolves.” Complete with masked figures and a slightly satanic ritual, it has all the trappings of a full-length horror movie. The song is the latest single from their upcoming album, Window Shopping Economics, which will be out on October 10. The band will also be playing a show at Ortlieb’s on September 9.

“Two Wolves” is based on the native american proverb about the two wolves competing inside of you, one meant to represent good the other, evil. The band puts a modern spin on the ancient knowledge in light of the digital age and the internet. Lead singer Dash Williams presents the situation as a double-edged sword, discussing the jealousy, pride, positivity, and comparisons that social media prompts. The battle rages as crashing percussion and a chilling bassline seem to compete with each other. Embracing the violence in his lyrics, Williams attempts to bet on which wolf will win, but confesses “I tend to feed them both.”

The video directed by Anthony Massucci depicts a similar struggle as the main character gets kidnapped in his car by two people donning wolf masks. After his assailants’ zip tie his hands together and throw him in the trunk, they drive out to a secluded location in the middle of the woods. In a completely sinister scene, they conduct some sort of fire ceremony that looks straight out of an A24 film. One of the eeriest videos you’ve seen in a while, the most unsettling part doesn’t come until the end as the wolves find someone new to prey on. In a final shot of them sitting in the back of someone else’s car, it’s clear they plan on repeating the savage cycle.

You can watch the video below and stream the track on Spotify.