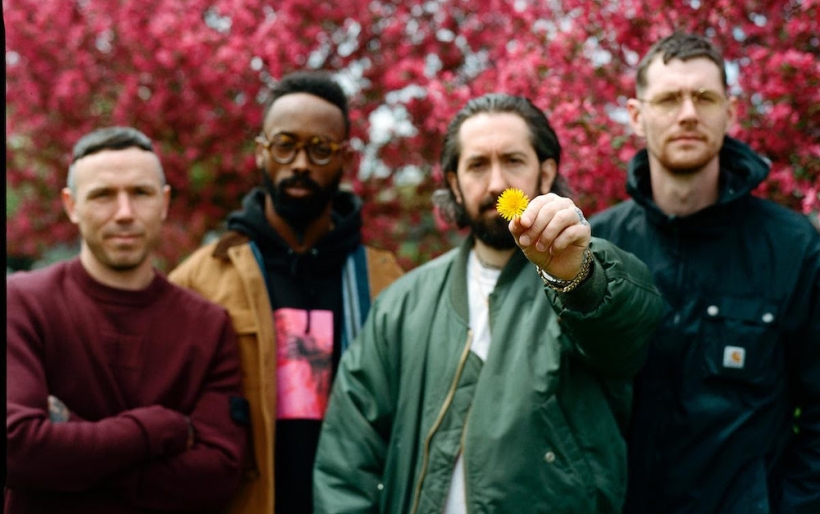 Nothing | by Ben Rayner | courtesy of the artist

Nothing isn’t done with The Great Dismal just yet. For their upcoming album, The Great Dismal B-Sides, the band decided to revisit the record. A collection of tracks that were recording during The Great Dismal sessions, the album also includes three new songs, “The Great Dismal,” “Amber Gambler,” and a Delfonics cover, “La La Means I Love You.” The previously unreleased assortment of rarities will be out on October 8 via Relapse Records.

“The world disparity and surreal circumstances that occupied all corners of life while attempting to write and record this album were so overly animated that the songs couldn’t help but be contaminated,” Palermo said of the album. “Trimming away at the layers to negotiate with time felt akin to ripping out whole chapters out of a novel. The reasoning behind having this be physically released in the first place, and a big part we left the title track off was to make that eventual and necessary connection.”

Nothing has already released the first single from the album, “Amber Gambler” along with a music video directed by Ben Rayner. The song begins with a piercing police siren that ushers in their signature sludgy shoegaze. Dominic Palmero’s vocals are veiled by weepy violins and muddled guitars that give the track a tragic air. Intensified by the gloomy hazy the band creates, Palermo sounds defeated as he sings, “a second bite of the cherry?/on the contrary/we were in dire straights.”

The music video released to accompany the single follows a young couple trying to evade the law. Not quite, Bonnie and Clyde, they have all the crime but none of the romance. The two fight every chance they get, resuming their argument seconds after hopping in the get-away car after committing a robbery. As the blue lights flash through the windows, there’s no kiss goodbye, just a lot of pointing fingers and frustration.

Nothing also announced an extensive North American tour this fall. They will play Philly on October 16 at Union Transfer.

You can stream the video for “Amber Gambler” below and grab tickets to their show at Union Transfer here.