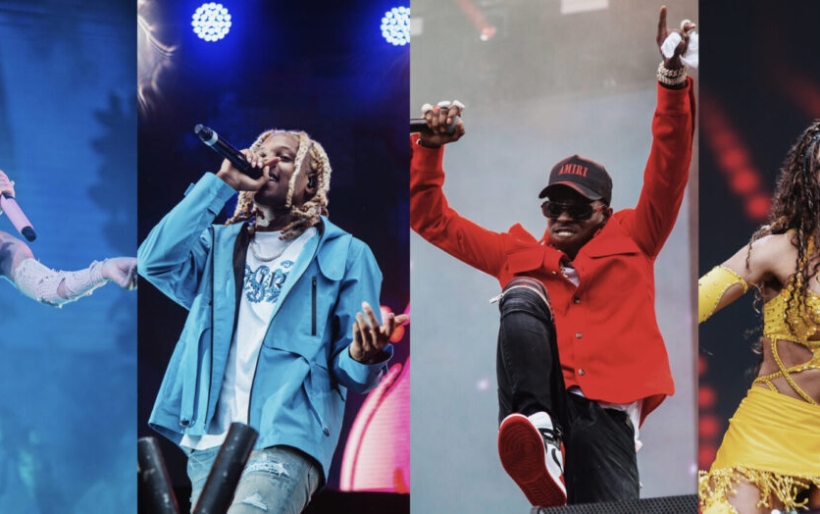 (from left) Doja Cat, Lil Durk, Bobby Shmurda, and Tinashe at Made In America 2021 | photos by Morgan Smith for WXPN | @phobymo

Some midafternoon rain hit Philly and the Benjamin Franklin Parkway this Sunday, but Bobby Shmurda used it to his advantage. The Miami rapper was playing the Rocky Stage for Made In America‘s second day, and rather than keeping his crowd in the distance, watching the set soggy and frustrated, he brought the show to them. Shmurda came down from the high stage, past the camera crews and security, and went out into the crowd, playing to the people in the front row, getting crowd surfed, and generally breaking down the barrier between fans and performer that big festivals tend to build up.

Shmurda landed in the middle of a day that opened with a performance by grizzly MC Freddie Gibbs and closed with pop sensation Justin Bieber playing his first headlining festival set of the year. In the middle, we saw dazzling rapper and singer Doja Cat, charismatic vocalist Tinashe, Chicago rapper Lil Durk and more.

Philly photographer Morgan Smith was once again covering the festival for The Key. Check out photos from day two of the Festival below, go here for her day one photos, and see more of her work on Instagram.