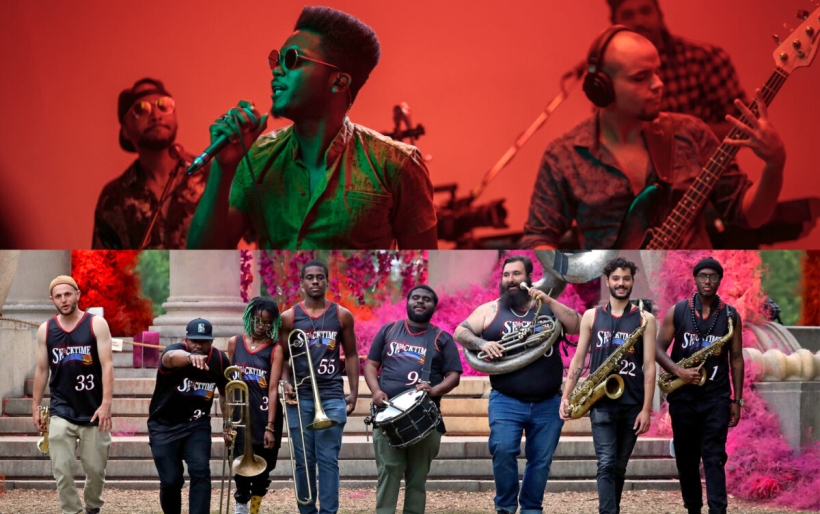 Lakou Mizik out, Cimafunk and Snacktime in at XPoNential Music Festival

While we were excited to have Lakou Mizik on this year’s lineup, sadly, they had to cancel their appearance due to travel issues from Haiti. However, the band Cimafunk, an Afro Cuban funk band from Pinar del Río, is stepping in for their time slot. We’re happy to have them join us for the festival!

Cimafunk, aka Erik Rodriguez, fronts a  12-piece band and has collaborated with George Clinton, Lupe Fiasco, Tarriona “Tank” Ball of Tank and the Bangas and more; his new album El Alimento comes out on October 8th on Thirty Tigers. They play the Wiggins Park River Stage on Saturday, September 18th from 2:35 to 3:20 p.m.

To catch Snacktime’s pop-ups, look for them at the Wiggins Park entrance on Sunday morning. Then, keep an eye out for them throughout the day in the member area, one on the walkway in front of the River Stage sound board, near the Marina stage, and ultimately on stage right before Shovels & Rope.

Tickets are still available for XPoNential Music Festival, and can be purchased at XPNFest.org.