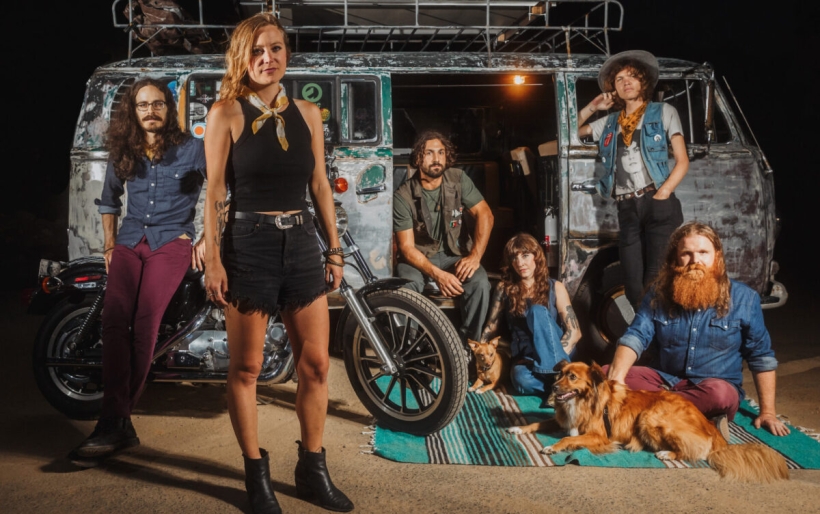 Britt Thomas | photo by Kristie Krause | courtesy of the artist

For Philly singer-songwriter Britt Thomas, the pre-pandemic times mean hanging out in South Philly garages, shooting the breeze and jamming with friends, and spending late nights at places like Ray’s and Fergie’s and Bonnie’s and Jiminy’s.

She paints a vivid picture of that world in the dusty and rumbling new single “Decay,” where the singer talks about dive bar ennui and neighborhood backstreets, dreaming of California but also appreciating your hometown’s imperfect charm, finding things to love amid the rough-round-edges you currently inhabit.

“Philly has a vibe no other place does,” Thomas tells us over email. “Even when the winters are long as hell and we were playing dice in garages packed with motorcycles no one could ride cause of the snow.”

This Thursday September 16th, Thomas debuts her new band in a live set at Sunflower Philly. After years of fronting The Breaker Boys — whose guitarist Ali Awan, drummer Eric Kohlhofer, and bassist Bill Coburn all contributed to “Decay” — Thomas is stepping out as a solo singer-songwriter, with backing players Laura Nunzi on harmonies, Daniel Albi on drums, Aaron Jollay on bass, Todd Faustnacht on lead guitar, and Jeff Gregorio on keys.

Of Decay, Nunzi adds “It perfectly describes a time in life we have all had. Long winters where there isn’t anything to do outside so you get sucked into late night hangs. … It’s the description of stagnance in life or a lull, but also a hilarious journey with your best friends.”

Listen to “Decay” below, and get tickets and more information on Britt Thomas’ show with Squawk Brothers and The Dawn Drapes at the XPN Concert Calendar.