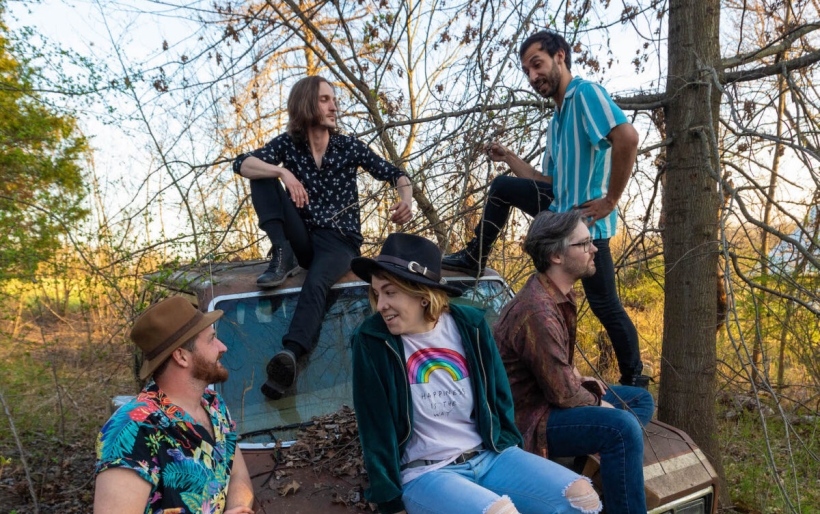 Chestnut Grove | photo by Karl McWherter | courtesy of the artist

Earlier this year, Perkiomenville roots rock five-piece Chestnut Grove released a terrific album — called, simply, The Album — and after selling out one of Ardmore Music Hall’s limited capacity shows in the spring, they’re ready to bring their dynamite live show a little further up the Main Line to 118 North.

The band kicks off a monthly residency at the Wayne venue’s Tailgate Under The Tent series this Saturday night, September 18th, a perfect after-party for XPNFest attendees who aren’t catching the Tedeschi Trucks Band headlining set. Additional performances are set for Friday, October 29th, and Wednesday, November 24th.

In addition to the regular roster of Chestnut Grove players — co-frontpersons James Daniels on drums and vocals and Dee Gerhart on guitar and vocals, with bassist Zach Winkler, keys player John Tyler, and guitarist Gary Geers — the band says the shows will also be ever-evolving friends-and-family type lineups,

“We are looking forward to spending the next three months performing for our local fans at 118 North, says Daniels in a press release. “We plan on bringing as many special guests as possible and other local Philly musicians out to join us. We hope to bring awareness to all the great independent musicians in the greater Philadelphia area.”

Find tickets and more info on Chestnut Grove’s 118 North residency at the XPN Concert Calendar, and read get to know the band in their May 2021 interview with The Key’s Sammi-Jo Wall.