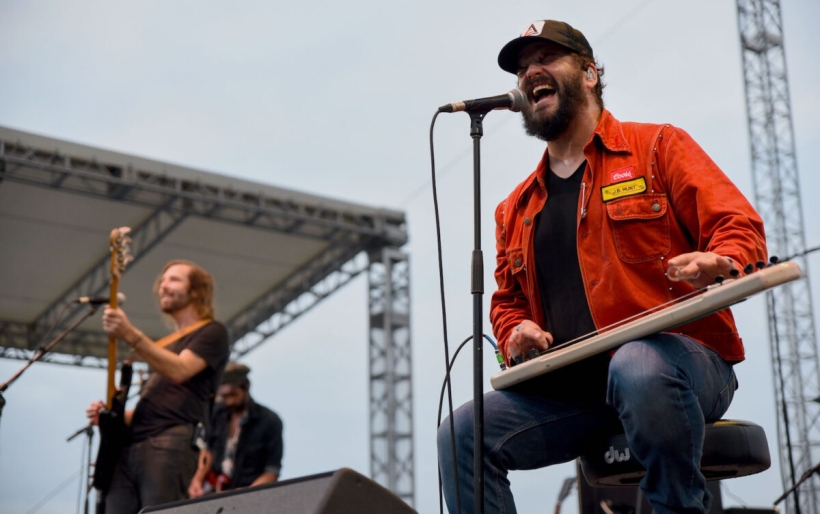 The Record Company | photo by Megan Matuzak for WXPN

The Record Company flexes their versatility on the XPNFest River Stage

Los Angeles rock outfit The Record Company are three-year returning XPoNential Music Festival vets, and they’ve grown (pardon the pun) exponentially since we first saw them on the Marina Stage in 2016.

At that time they were bare-knuckle blues rockers of the Black Keys school, with front person Chris Vos playing a mean bottleneck slide / harmonica combo. Over five years and three albums — including the new Play It Loud, due out next week — they’ve dabbled in folk rock, groove-oriented boogie, soaring anthems.

With the Welcome Back, Kotter theme as their walk-on music, The Record Company’s River Stage set on night one of XPNFest showed how they can tackle virtually any style they put their minds to. The opening “Out Of My Head” was built around dramatic tom hits and a keyboard groove, creating a cool tension and release. “Rita Mae Young” was a smoking heartland rock love song in the spirit of Credence Clearwater Revival, while the standout “Paradise” — a favorite among the crowd — was an intense slow burner questioning faith and the unknown.

But that raw rock energy is still something The Record Company loves to bring, and we heard that in the lusty boogie of “In The Mood” from their debut record Give It Back to You; the set was a sprint to the end from there, and the closing “Getting Better” was a fervent call-and-response between the band and a crowd that was overjoyed to see them.

Check out a photo gallery below, and watch broadcasts of the whole weekend at XPNFest.org.