10 concerts (and one festival) to see this week including Yo La Tengo, Los Lobos, Phoebe Bridgers, Firefly and more - WXPN 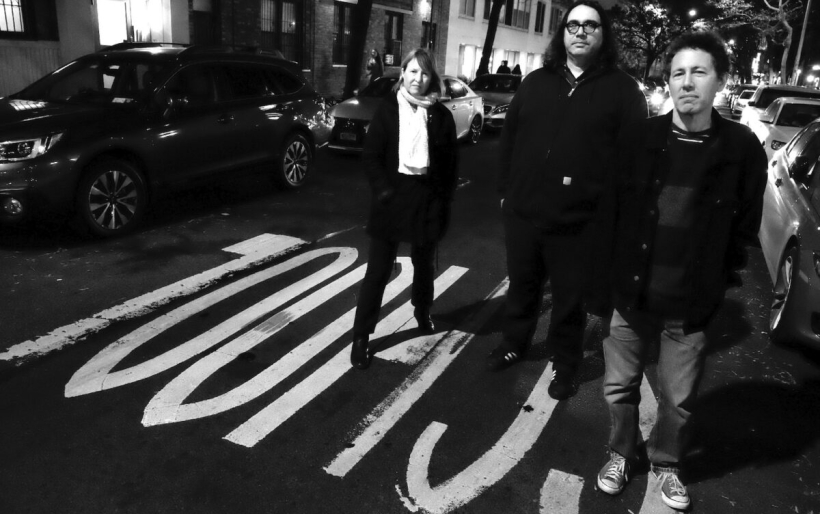 Yo La Tengo | photo courtesy of the artist

10 concerts (and one festival) to see this week including Yo La Tengo, Los Lobos, Phoebe Bridgers, Firefly and more

We’re still catching our breath post-XPNFest here at The Key HQ, but that doesn’t mean we’re not excited to see some live music this week. From experimental rock trailblazers to veteran local singer songwriters (and one festival in the woods), here are our concert picks for the week.

It’s tempting to wonder if indie vets Yo La Tengo will play “Autumn Sweater” at this last-day-of-summer performance. But the bigger question is what kind of YLT energy we’ll get overall; their two pandemic releases collected downbeat covers and dreamlike ambient; their 2018 album There’s A Riot Going On was cosmically chill with moments of discord. And of course, they can full-on bring the noise like it’s their job (because it is). Our guess is this Tuesday night UT crowd will see it all. // 8 p.m., $25, AA // TIX + INFO

Phish lead singer / guitarist Trey Anastasio knows how to keep busy. After being out on the road with his main band in the summer — a run that included an engagement on the AC beach — he’s at it solo for the autumn, bringing songs from his 2020 album Lonely Trip and more on the road. A few tickets remain for his Met show Tuesday. // 7 p.m., $49.50, AA // TIX + INFO

The quintessential band from East LA is a long way from home this week. After a smoking set headlining night one at XPNFest, they’re sticking around the region to play South Orange Performing Arts Center on Thursday the 23rd, Whitaker Center on Friday the 24th, and State Theater on Saturday the 25th; details on those other shows can be found at the XPN Concert Calendar. But it all begins Wednesday night with an intimate gig at Bethlehem’s Musikfest Cafe; check the fan video from XPNFest below to see what’s in store. // 7 p.m., $30 – $65, AA // TIX + INFO

In an alternate timeline, Phoebe Bridgers got to take Punisher on a club tour and spend 2020 gradually carrying her live show up the venue ladder before she achieved superstar status. As it stands, the indie singer-songwriter’s first Philly show since releasing her acclaimed second album a year and two months ago is at the spacious Skyline Stage of the Mann, and even that feels maybe a bit on the small side. Tickets are still available for what’s sure to be an explosive gig, especially with Muna opening. // 7 p.m., $49.50 – $45, AA // TIX + INFO

After attending the Philly rock heroes’ Ardmore Music Hall concert last week, we can confidently say it is so worth your time to get in a car or on a train and head to Atlantic City’s newest venue, Anchor Rock Club, to see them headline this Wednesday. The band is tight and sounds tremendous after a short U.S. tour surrounding Pitchfork Fest, and they’re doing this run in raw four-piece configuration. While we miss the nuanced flourishes that folks like Lucy Stone and Chrissy Tashjian brought to the lineup — particularly on the more delicate moments of Bark Your Head Off, Dog — the chemistry of Frances Quinlan, Joe Reinhart, Mark Quinlan, and Tyler Long cannot be overstated. Chicago’s Tenci opens the show. // 7:30 p.m., $20, 18+ // TIX + INFO

Thursday 9/23: The Mountain Goats at The Queen

Like Los Lobos, The Mountain Goats’ John Darnielle is in the orbit of Philadelphia playing solo gigs this week in support of this year’s Dark In Here album. It reminds this longtime MGs enthusiast of Joni Mitchell in the 80s, which is to say it’s wildly unpredictable and tackles styles and sounds that would once have been unthinkable coming from Darnielle, but it’s also oddly nourishing for the soul. His show Tuesday at Lancaster’s Tellus360 is sold out, but you can see him Thursday at The Queen in Wilmington, or Sunday the 26th at Musikfest Cafe in Bethlehem. There’s a full band MGs show on the horizon, too, at the Fillmore Philly on October 19th. // 7 p.m., $49.50, AA // TIX + INFO

Thursday 9/23 through Sunday 9/26: Firefly Festival in The Woodlands

It’s ridiculous that after one three-day Festival we’re already excited about diving into a four-day festival, but Firefly is one of our favorite musical hangs, and this years lineup is sick. Billie Eilish, Lizzo, Megan Thee Stallion, Tame Impala and The Killers of course make formidable pop headliners, but as always we’re excited for the undercard of emerging names like Arlo Parks, Pom Pom Squad, and Orion Sun. Check back later this week for more Firefly preview coverage and look for our real-time reports on XPN’s social media. // times vary, $369, AA // TIX + INFO

Friday 9/24: Lo-Priestess at The Grape Room

Singer-guitarist Gina LC is typically spotted around the Philly scene in the 90s-spirited rock band Dear Forbidden, but she explores a more dynamic songwriting sound in the band Lo Priestess. Accompanied by Scott Radway, she channels Cocteau Twins and Torres on this project, which dips its toes in ethereal folk, moody rock and more on the EP Why’d Your Bones Break. Lo Priestsss opens the show at The Grape Room this Friday to celebrate Perlin Noise’s album release. // 7 p.m., $7, 21+ // TIX + INFO

Local rocker Jim Boggia is often thought of as a songwriter’s collaborator, a coverer of classic rock favorites, or that mod guy who really loves The Beatles. But he’s a solid artist in his own right, firmly in control of the vintage power pop lane, going back to 2001’s Fidelity is the Enemy. Catch his return to The Living Room in Ardmore this Saturday. // 7 p.m., $35, 21+ // TIX + INFO

Modern rock mad scientist Chris Archibald went into the lab over the past year and a half, and the result is Shady Lane, a new album from his long-running Illinois project that is full of quirky modern rock ear candy. He plays Doylestown’s Distance Picnic on Pine this Saturday with the stellar Christina Ward, not just to celebrate his record, but also the memory and music of the late Damien De Rose of Peasant. // 4:30 p.m., $15, AA // TIX + INFO

Philly punk badasses Full Bush are back with their founding vocalist Kate Breish, they have an all new set of songs and an unreleased EP in the can. While we wait for them to put it out, there’s no reason not to spend a Saturday night raging with them at Ortlieb’s, especially with yee-haw punks Larlene opening the show. // 7 p.m., $12, 21+ // TIX + INFO