Firefly Guide 2021: 10 artists to discover in the Woodlands this week - WXPN | Vinyl At Heart 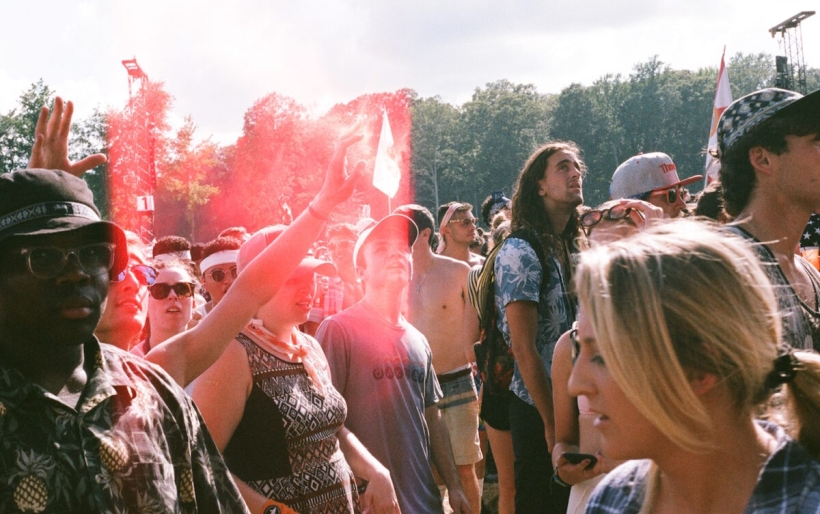 Firefly Guide 2021: 10 artists to discover in the Woodlands this week

We say this every time Firefly Music Festival comes around, and that’s because we honestly believe it: our favorite part of attending is wandering the Dover Woodlands early in the afternoon, catching sets on the smaller stages by up-and-coming artists, many of whom we’ve never seen or heard before.

This year’s headliners are amazing, make no mistake — who doesn’t want to watch Billie Eilish right now, or Lizzo, or Megan Thee Stallion, or Tame Impala? — but there’s so much going on throughout the day that staying in constant motion is the way to go.

Here are 10 sets from under-the-radar artists we won’t be missing at Firefly 2021; hopefully we’ll run into you at one of them! Festival passes are still available, more information can be found here.

Representing Delaware at this Dover festival with a national presence is punk rockers Eyebawl. Known around Wilmington and as regulars at venues like Oddity Bar, Eyebawl is excited to join Firefly’s impressive 2021 lineup. For more about Eyebawl and their Firefly Music debut, check out The Key’s interview with frontperson Erin Sylva here. -Paige Walter

A Philly institution, the Positive Movement Drumline is a burst of pure adrenaline and optimism, whether they’re turning up at community festivals or corporate events around the city. Led by Mr. Y Not and his sticker-covered marching band toms, the collective provides a space for Philly youth to find “a safe haven through drumming” while bringing the party wherever they go. Encountering them unexpectedly is a joy of living in Philly; for Firefly, though, you definitely want to seek them out. – John Vettese

If you haven’t heard of Turnstile yet, you will soon. The hardcore punk group is quickly becoming the standout group of the genre, with rave reviews from Pitchfork and others covering their fourth album, Glow Out, released earlier this year. Firefly is close to home for this Baltimore group who will attract fans from the tri-state area and far beyond. – P.W.

At 16 years old, Baltimore rapper redveil is likely the youngest artist performing at Firefly this year. His career is off to a running start with two full-length albums under his belt and a strong internet presence, including a recent nod from legendary rapper Tyler, The Creator on Twitter. -P.W.

Inspired by the Riot grrrl movement as well as classical and jazz oldies, Pom Pom Squad is eclectic, energetic, and so fun. The Soccer Mommy and Front Bottoms contemporaries got their start in crowded Brooklyn apartments and are now touring the country, with local shows at Firefly and World Cafe Live on November 3rd. Pom Pom Squad’s new record, Death of Cheerleader, was co-produced by Sarah Tudzin of Illuminati Hotties and tells singer/songwriter Mia Berrin’s queer coming-of-age story. A bonus for cinema fans: art direction from this band draws inspiration from Sofia Coppola and David Lynch. -P.W.

London’s Aluna Francis first made a name for herself in the electropop duo AlunaGeorge as the blogrock era waned in the early 20-teens. That band had a charismatic live show (seen locally at Made In America 2013 and Union Transfer a couple years later), punctuated by sleek bangers like “Your Drums, Your Love.” After taking a few years off, Aluna is back as a solo artist; last year, her solo debut Renaissance released on Mad Decent, and she began to perform not just vocally but as a DJ of deep house and remixed hip-hop. It’s Aluna the DJ we’ll get at Firefly this year. – J.V.

It seems a bit odd to call Arlo Parks an “artist to discover” — she did just win the Mercury Prize, after all, and her debut album Collapsed in Sunbeams has been racking up acclaim all year long. A mix of throwback trip-hop, hooky singer-songwriter pop, and earnest emotive lyricism, Parks makes some of the easiest-to-love, hardest-to-forget music we’ve heard in a long time. Her local debut is happening at Firefly’s Wonder Stage this Friday; she also plays a sold-out Foundry set in October. – J.V.

St. Panther is the performance name of producer, musician, and singer Daniela Bojorges-Giraldo of Irvine, California. Her blend of laid-back pop/rock is distinctly So-Cal and represents young, west-coast talent at Firefly 2021. Be sure to check out St. Panther’s music videos ahead of their set–the setting and humor will give their songs a new perspective. -P.W.

The genre-busting artist binki mixes up groove-oriented funk, gritty punk and catchy melodies on his terrifically punchy new EP Motor Function. The spirit of aughties throwbacks Bloc Party and Franz Ferdinand is undeniable, and binki (offstage name: Baraka Ongeri) has gotten a decent amount of UK buzz as a result, but he’s actually from the states — grew up in Hershey, based in Brooklyn — and sees his influences in a more contemporary way: artists like Childish Gambino and Tyler The Creator, who don’t pigeonhole themselves into genre as much as they follow their musically omniverous muse. His set on the Treehouse Stage Saturday evening is not to be missed. – J.V.

Philly-rooted singer, songwriter, and producer Orion Sun released a brilliant album last year — Hold Space for Me, one of XPN’s Best of 2020 picks — and though she didn’t get to perform it live until a livestream taping on the one-year anniversary, it connected with us in much-needed other ways. Amid sharp beats and radiant audio collage, the introspective album “takes us on a voyage of self-discovery, finding confidence, and chasing one’s destiny,” as I wrote last year. We’re exciting to connect with its moments of tenderness, warmth, and beauty in person when Orion Sun opens up the big stage on Sunday. – J.V.