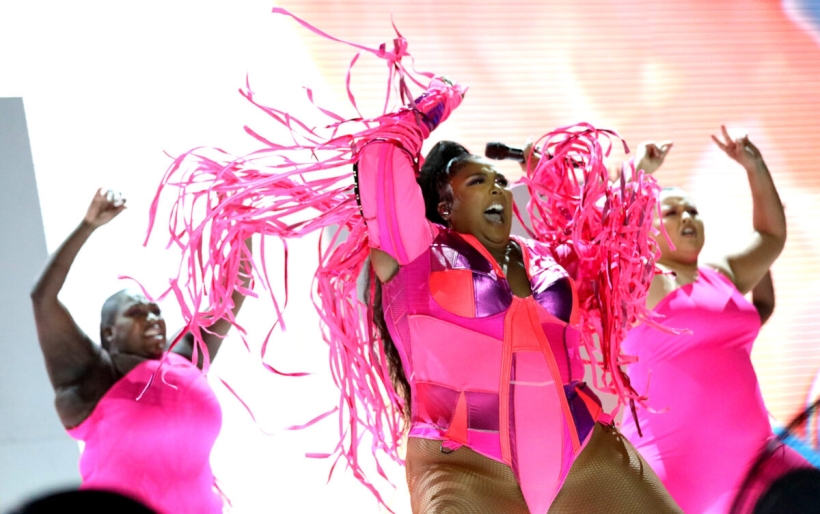 The last day of Firefly was a long haul, starting out in the noon hour and going all the way through to midnight. I watched a dozen artists, walked several miles (no exaggeration) from stage to stage, and took in an incredible array of sights and sounds from twerk anthems to future bass DJ mixes, indie folk to modern rock. Here’s a rundown of what was heard and seen; check out day one coverage here, day two coverage here, and day three coverage here.

Every year, Firefly puts a Delaware artist on the bill, and this year that artist was grungey four-piece Eyebawl. Though their festival-opening set got rained out on Thursday, they were relocated to Sunday for a terrifically asskicking way to greet the afternoon on the main stage.

Philly favorite Orion Sun played her second post-lockdown set to the midday crowd at the Firefly main stage. Backed as always by the awesome DJ Haram, she showcased songs from across her catalog, getting the audience to sing along to “Antidote” and “Space Jam,” digging into last year’s Hold Space For Me LP and giving them a taste of an excellent new single called “Concrete” while radiating magnetic energy.

Philly pop-up faves Positive Movement Drumline were another act cut due to Thursday’s downpour; it was wonderful not just to see them performing, but leading Firefly’s first-ever Pride parade.

Florida rap phenom Denzel Curry does not hold back. Taking to the Backyard stage in a hoodie at the peak of Sunday’s midday heat, the sweat was pouring down his forehead a minute in as he raced from one side of the stage to the next, dodging plumes of smoke and pyro to get his crowd to turn up to the energized beats and nimble lyrics of “ꞌCosmicꞌ.m4a” and “13LACK 13ALLOONZ.”

In need of some shade and rejuvenation, I took in a bit of Boston DJ Veil’s late afternoon set at the Nest Stage, a nook by the Firefly entrance expressly designed for DJs to spin low-key curated mixes. This one had moments of big bass and deep house, and got the audience vibing as the sun made its way down through the trees.

Cali indie-folk outfit Mt. Joy seemed right at home on the Firefly main stage; their set was a measured mix of their own breezy music (“Astrovan” got the field singing along) and covers of Bill Withers, The Flaming Lips, and Gorillaz. They teased an announcement for more east coast shows this winter; be on the lookout.

A ridiculous amount of energy burst from the Wonder stage when Fueled By Ramen artist grandson touched down. Mixing pop-punk energy and a clubby cadence, Jordan Edward Benjamin had the crowd on their feet, slinging bottled water on one another, and screaming with delight. He told the audience “grandson isn’t me, it isn’t this band, it’s us, it’s an ideology,” and lest the bombastic mass-shooter story-song “Stick Up” leave the audience confused what that ideology is, Benjamin outlined his massively compassionate worldview — pro-vax, pro-mask, pro-women, pro-gay rights, Black Lives Matter and more — to loud cheers.

Last time Sofi Tukker played Firefly, it was an afternoon performance to a modest crowd on the Lawn Stage in 2017. Their profile has risen immensely since then, particularly due to their lockdown livestreams of the past year, and this time when they brought their electropop bangers to the festival for their first show in 569 days, it was for a crowd of thousands on the main stage.

The Backyard Stage felt like it was at maximum capacity when Megan Thee Stallion and her crew of dancers brought their “Hot Girl Summer” energy into the early days of fall. Megan is a spitfire rapper, a dexterous dancer, and overall powerful persona, but also an incredibly gracious and down-to-earth one too. She spent a good ten minutes of her set picking out fans from the crowd, inviting them onstage for twerk-offs, then posing for selfies and sharing hugs while the crowd at large cheered on.

It’s admirable of modern rock faves Portugal. The Man to invite local indigenous activists onstage before their set to remind the audience that Firefly happens every year on Lenape land. However, the segue from this into an intro reel featuring Beavis and Butthead chuckling over their “Feel It Still” video is…an odd juxtaposition, to say the least? But PTM’s unhinged energy was an undeniable spectacle, from covers of Metallica (“For Whom The Bell Tolls”), Slayer (“South of Heaven”), and Pantera (“Cowboys From Hell”) to their own rippers like “Creep In A T-Shirt” and “Live In The Moment.”

As we entered the home stretch of day four, rapper turned pop-punk star Machine Gun Kelly took the stage playing guitar from atop a riser shaped like a pill bottle. The set only got more ridiculous from there, but MGK’s charisma and humor held it all together.

Opening with her latest classic, “Rumors,” Lizzo took Firefly out on a massive high. It was her first performance in two years, and her voice sounded stellar: singing fearlessly on “Cuz I Love You,” barring down on “Tempo,” and dispensing between-song wisdom. Backed by her every-expanding dance team The Big Grrrls — who this time took the stage in regal golden robes before switching to hot pink jumpsuits — Lizzo’s multifaceted performance was a perfect note end the weekend.