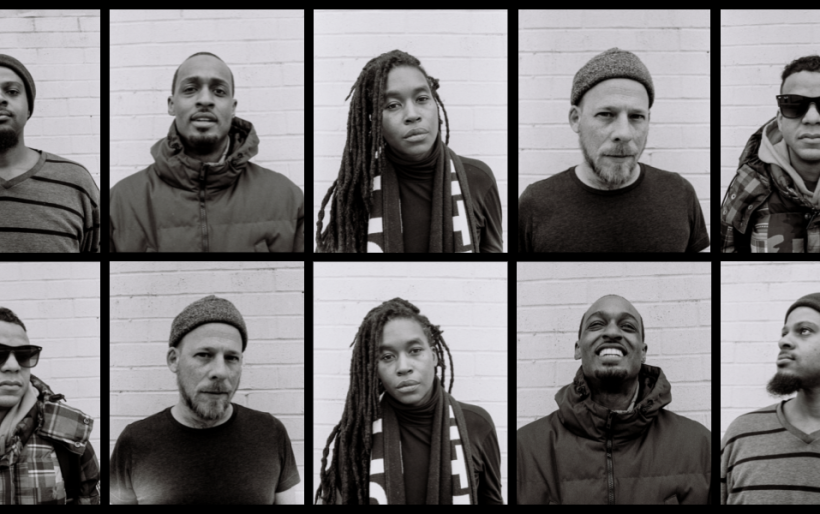 The east coast free-jazz ensemble Irreversible Entanglements performs next week at Philly Music Fest, giving the local crowd a taste of their next album Open The Gates. This week, the band released the second single from the record, an eight minute expanse of fervent playing and impressionistic lyrics that center around the Trans-Atlantic slave trade.

“Lágrimas Del Mar” (Spanish for “Tears of the Sea”) opens on a nervy drumbeat by Tcheser Holmes, followed by Luke Stewart’s pensive double bass, before Keir Neuringer and Aquiles Navarro’s sax and trumpet fanfare enters. The lyrics by Moor Mother’s Camae Ayewa circle around vivid, impactful phrases that are repeated like mantras — an approach she tends to take with many of Irreversible’s best moments. Here, we’re presented with images of religion and capitalism — “so close to the good news, to the silver and gold, to the daily bread, I’m so close” — before more specifically outlining locations that the atrocities of slavery touched down, and continue to have lasting impacts — “I cried in Panama, I cried in Kingston, I cried in Mississippi, I cried and cried some more.”

While the album’s title track, released last month, is punchy and compact at 2 minutes 40, this piece stretches out and digs deep into the emotional underpinnings of the track through an unrelentingly turbulent delivery by all members of Irreversible Entanglements. The album was recorded in a single day, in January of this year, at Philly’s Rittenhouse Soundworks studio, and releases on November 12th via Don Giovanni and International Anthem.

Preorder it here, listen to “Lágrimas Del Mar” below, and get more information on Philly Music Fest here.