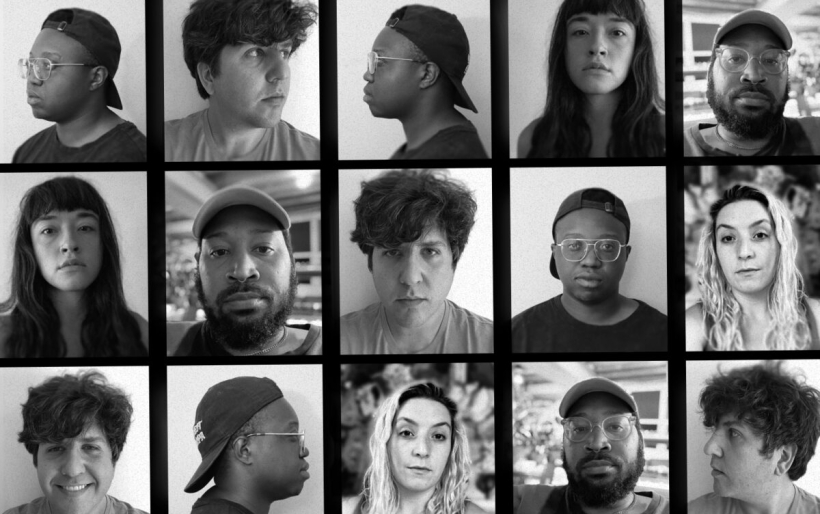 Sylvan Esso’s Durham-based indie label Psychic Hotline runs a recurring split single series, and their latest installment finds a cross section of artists we love here at The Key covering songs that were infulential to them.

On the A-side, Bartees Strange teams up with Dr. Dog drummer Eric Slick (a solo artist in his own right) to cover “Province,” a track from TV On The Radio’s 2006 album Return To Cookie Mountain. It’s a record Slick was obsessed with as a youth, and as he started tinkering with production on the cover — which is an explosion of synth sound that breaks down into dramatic piano and guitar — he connected with Bartees to provide vocals.

TVOTR in general was a pivotal band for Bartees, and in this rendition of their song, his singing is wrapped in otherworldly vocodor, with Ohmme’s Sima Cunningham and Macie Stewart providing accompaniment.

Listen to the single below, as well as the originals, and preorder a vinyl 7″ at the label’s Bandcamp page. Bartees Strange opens for Lucy Dacus at Union Transfer on October 21st, while Anjimile plays PhilaMOCA on October 12th; tickets and more information on both can be found at the XPN Concert Calendar.